Abdullakhon Madrassah - The museum of Nature of Khorezm (1855) 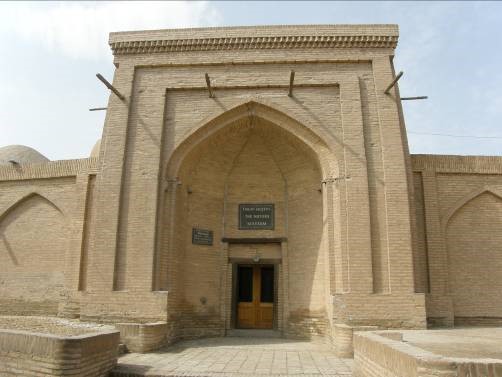 The Madrasah is located on the western side of Aq mosque. It was built by Abdulla Khan's mother in 1855 in honour of Murad Inaq's son who had been killed at the age of 17 in the fight against Turkmen yomuds. The Madrasah was constructed with a lot of deviations from the canonical madrasah design. Rectangular when viewed from above, with guldasta towers on the corners, is elongated along the east-west direction and symmetrical on the whole. Contrary to the custom, there are two entrances to the madrasah.