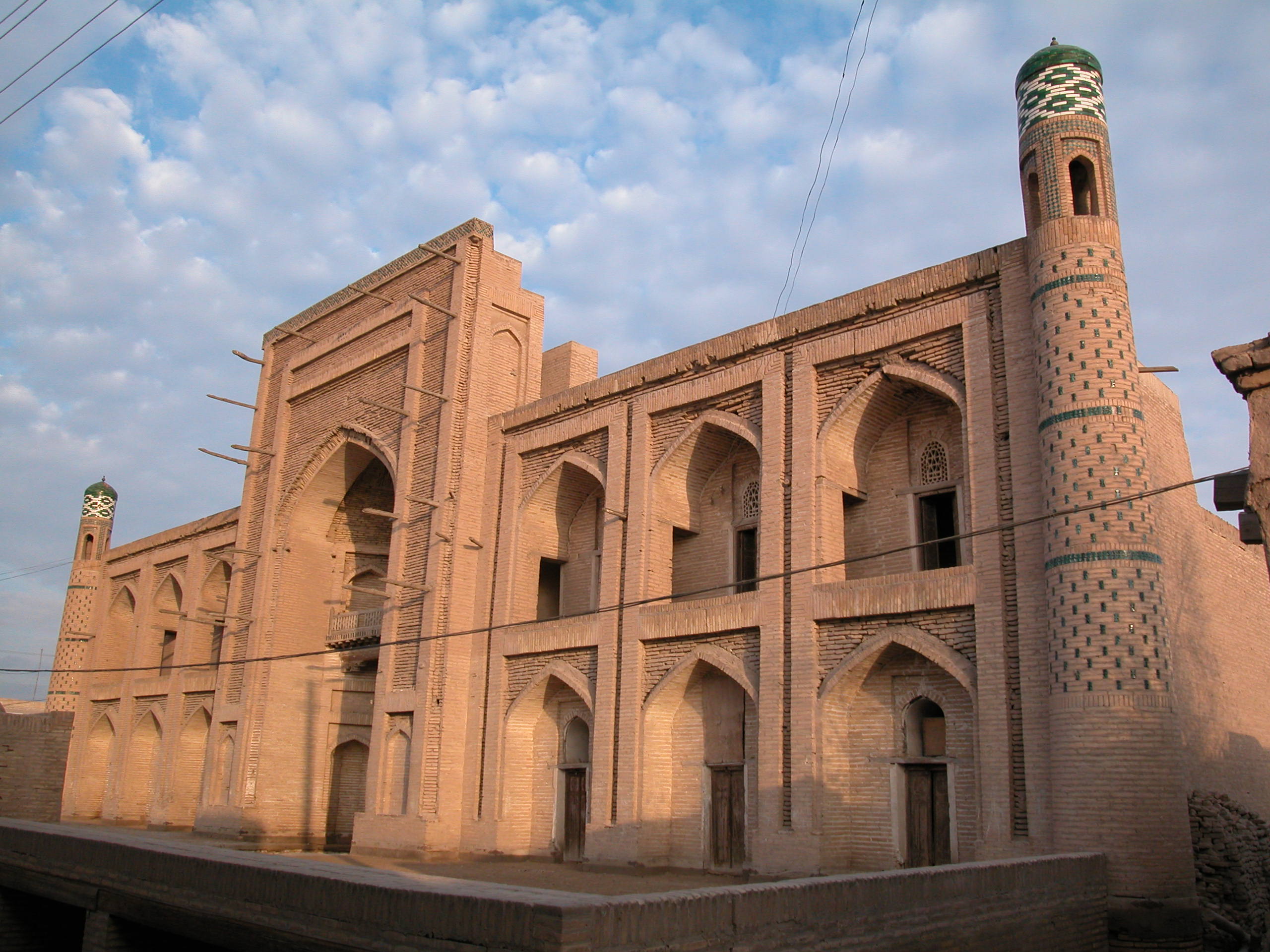 Located in the north part of Ichan-Kala in Tashpolatov Street, it was built by Muhammad Rahimkhan's I son Amir Tora, brother of Sayyid Muhammad Rahimkhan II. Amir Tora was granted a high position of Amirul-ulamo, i.e., leader of ulamo. The madrasah is a large-sized building, two-storied on the facade side and one-storey construction in the yard. It is rectangular when viewed from above, with four guldastas on the corners, and oriented along the longitudinal axis in the west-east direction. The facade was not decorated because Russian troops invaded Khiva. The building was restored in 1983