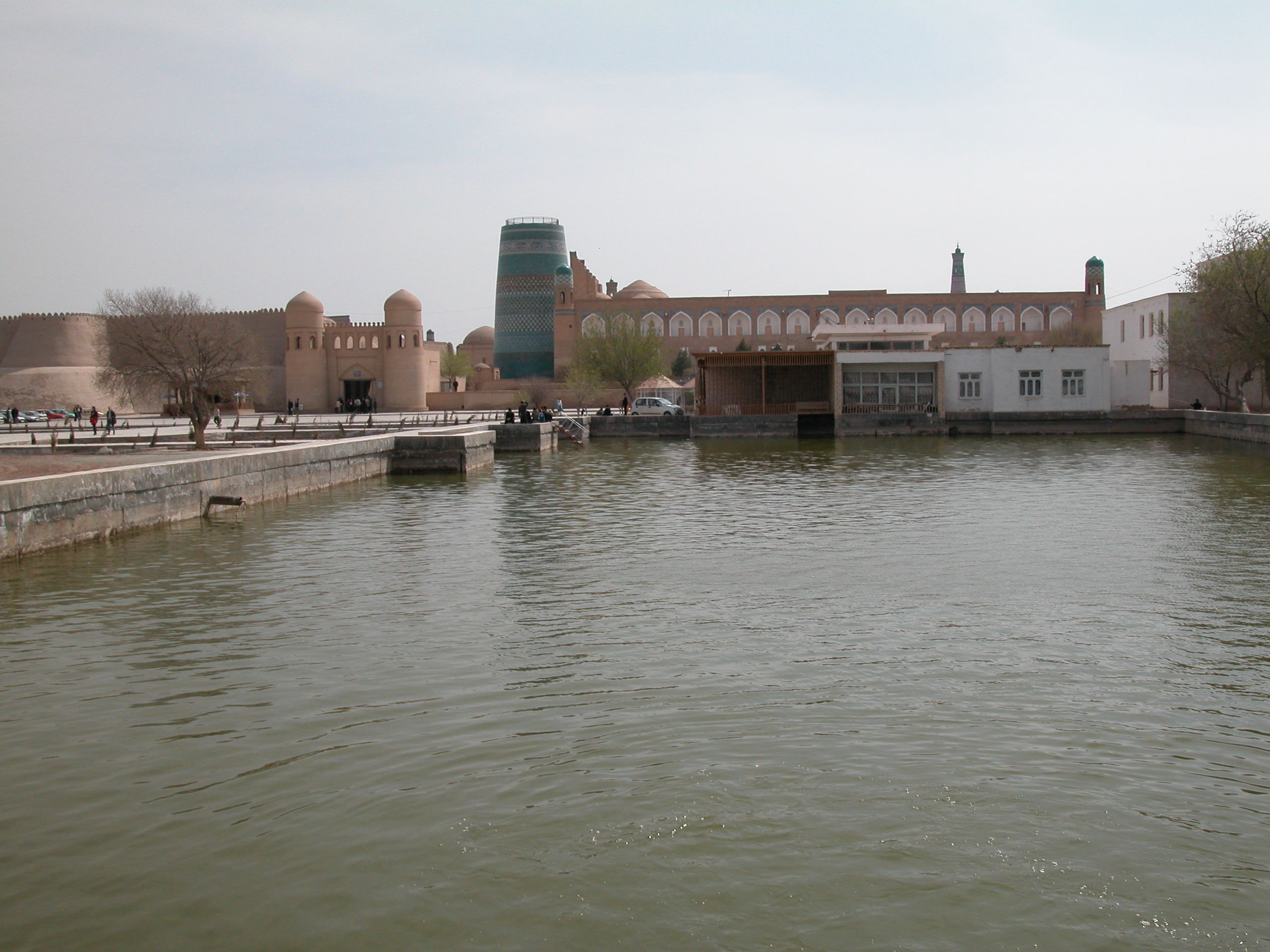 A lot of attention was paid in Khiva Khanate to the construction  of irrigation canals because there were a lot of agricultural areas irrigated with water fron the canals. Canal were dug from the Amudarya, water reservoirs and khauzes were constructed.

Ata khauz was created during the rule of Abdulghazi Khan on the western side of Ichan Kala opposite Ata Darvaza. This khauz was known as Ismamut Ata. Until 1940-50’s it served as a source of drinking water.