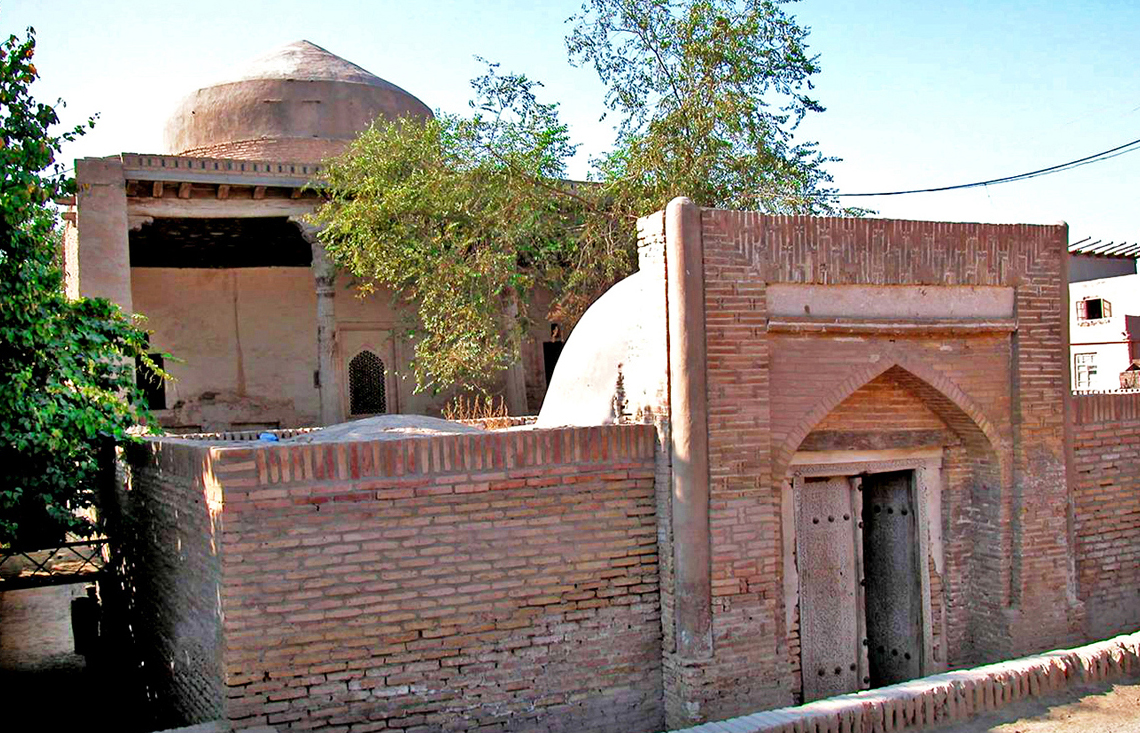 The Bogbonli lies in the south-eastern part of Ichan-Qala. According to an inscription on the avian wall, the mosque dates back to the year 1809 (1224 of Hijra), which also denotes the date and name of master Pahlavan who designed the whole building written out in verse on a stone plaque east of the mosque entrance. The doors feature the name of another woodcarver - Ruz Muhammad, the son of Adin Muhammad, the man who decorated the carved door leading to the zariat-khana of Sheikh  mausoleum in the village of Astana in the Yangiaryk district. Legend has it that the mosque was built on money donated by two horticulturist brothers. The mosque has a rectangular shape and consists of a darvaz-khana lined by a pair of taharat-khanami, a twin-column avian and a domed winter quarters. The aivan's carved wood columns are of great artistic value and whose ornamentation brings to mind the 14th century columns seen at the Juma Mosque.