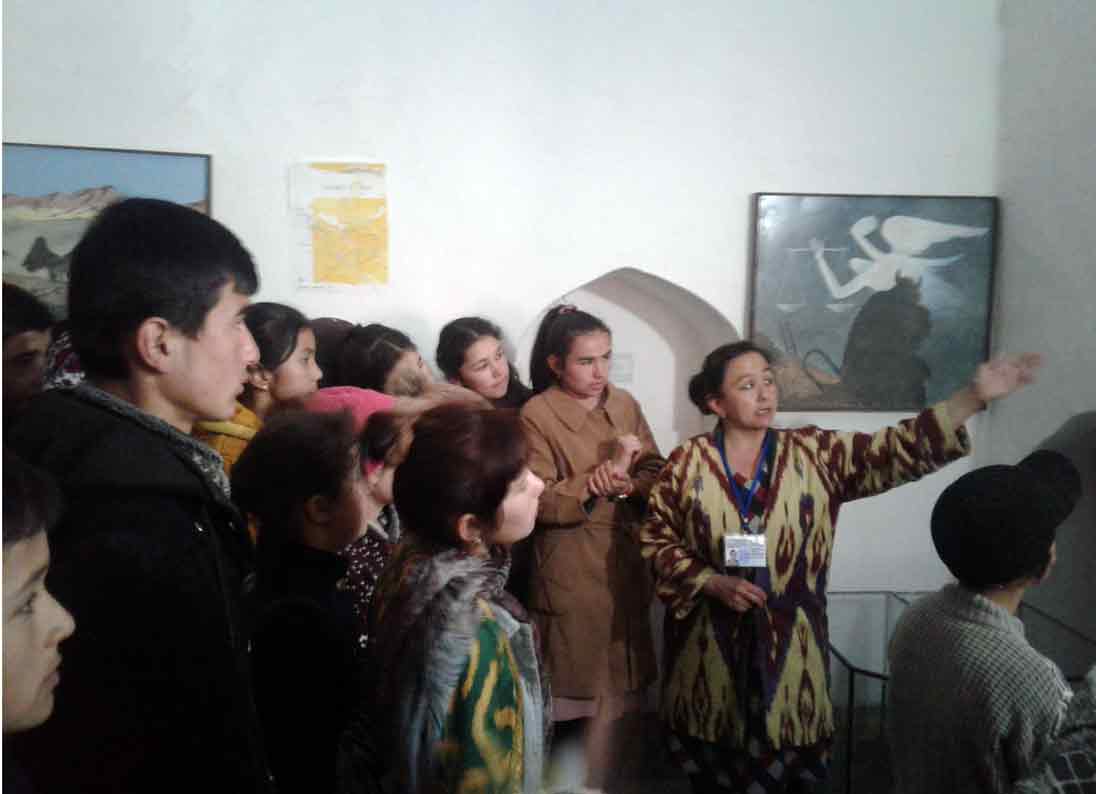 the rivers are stable, the water is transient.

In the first years of our independence, the city's law was passed. Since ancient times, national architecture and urban development has been developing. Today, the achievements of urban development are associated with the development of our ancient architecture. The main thing is to see the ancient cities - the walls of the castle. Its main task is to protect the city from external enemies. " In ancient times, complex water structures, built before and after the prehistoric era, still retained their beauty, and a high level of morality and urbanism. This is confirmed by the fact that more than 4000 material and spiritual monuments in our country are listed as UNESCO as a unique example of their universal heritage, "said the first president of Uzbekistan I. Karimov.

In Khorezm, some sciences were developed early and used in practical applications. Engineers of ancient Khorezm achieved significant success in their era in the construction of large irrigation structures or using a wide range of geometric measurements in the castle building. The great Khorezm scholar Abu Raikhan Beruni said that Khorezm was a product of the Amu Darya. Once the river crossed the Balch mountains and was flooded into the Caspian Sea, claiming that there were more than 300 cities and villages around it, and this was claimed by Ptolemajs. Their ruins have survived to this day. Since ancient times, it was known that urban planning was a project of future construction, prepared by a group of architects and engineers in the palace of rulers. There were some changes in the links between the ancient construction and architecture of ancient Khorezm, as well as building materials and construction methods. In recent years, the most commonly used bricks have been used in residential buildings and urban development, especially in fortresses.

In all historical epochs the life of the Khorezm people passed through the struggle of the Amu Darya. Most of the Khorezmians settled around the river and followed the river. The words of Beruni were confirmed by archaeological excavations conducted in the twentieth century under the leadership of S. Tolstov and J. Gulyamov. It seems that in those days Khorezm was relatively south-western, and in written sources, there is information that the geographical position of Khorezm in the 7th-6th centuries included most of the southern lands, including the vicinity of Herat. When the roof of the river changed, it was necessary to build around it waterworks, dams and small dams. As a result, agriculture is growing rapidly, and poplars and gorges are populated with gypsum. This led to the strengthening of urbanization in the next phase. BC In IV-III centuries in Khorezm there are a number of city fortresses, such as Yonboskal, Bozorkal, Koyhtygangala, Tuprakkal. The settlement continues in later periods, and the Amudarya River, both right and left, will be developed before the eighth century Arab occupation. The formation of the Great Silk Road also underwent significant changes in the activity of the steppes in the north of the region. In Central Asia, periodic climate changes have led to changes in the era of II-III centuries AD in the north of the region. These changes have had a great impact on the flora of the world, livestock and livelihoods. These processes led to the migration of the northern tribes of the steppes in different directions. Some of them came to the forests of Siberia, some to China, and some to Sogd, to the basins of the Amudarya and the Syr Darya.

External relations contributed to the expansion of the internal roads network in the region, as well as to the corresponding system of services and trade development. These processes intensified in the subsequent history of Central Asia. Now the main chain of the Great Silk Road is a big trade route along the Great Silk Road as a result of the Byzantine Empire, Iranian Sosan, Ephtalit, later Khorezm and Turku khanate, diplomatic relations and military alliances. The castle is located in the Erickala district of Karakalpakstan. Qorghan e.a. It was built in the IV-III centuries. According to ancient Khorezm traditions. Eighteen-storey castle is distinguished by its shape of circle. Wall - 865 m. Consists of In the center of the tomb is a two-story building. The lower floor consists of nine rooms. All his rooms were suppressed by a two-story dome. The rooms were built as a small, economic and residential area on the open ground between the central house and the fortifying wall. Archaeological and ethnographic studies of fortified fortress found many examples of ancient Khorezm culture. Of great importance was the portrait of an ancient man of Khorezm with a real face and the discovery of a large stone sculpture. There are many athletes. The castle also had an observatory where the bodies of celestial bodies were studied. Archaeological finds show In IV-III centuries in Khorezm painting, music, dances and theater widely developed.

This symbolic expression, referring to the medieval castles of the famous historian Rashididdin, fully corresponds to the ancient fortress of the Lost Sheep. The total number of ships in the walls of the ancient Khorezm fort reached several hundred. For example, on the outer wall of the central building of Koikredagal there are 114 shinaks (KPDX, 1967, p. 280). As in other regions of Central Asia, the most common in ancient Khorezm is nuclear material. The core can be divided into three groups: clay, boiled, rocky core. In the citadel, mainly clay nuclei were found. Most of the fires found in the fortified castle, according to experts, belonged to the besieged man who besieged the castle (Korgan Kala, 1967, p. 61, Gudkov). There are only three fake sinacs, of which there are only three of the 17 sinacs located between the two marshy walls.

Khorezm of ancient and medieval age contributed not only to Central Asia, but also to the culture of peace. In ancient times the Khorezm people invented their compositions on the basis of their alphabet and adapted it to the characteristics of their languages. The earliest example of this letter was found in the castle of the castle. IV century.

In ancient Khorezm, art and imagination were highly developed. S.P. Rarities found in 1946-1947. Excavations by Tolstov in the Soil Fortress (3 thousand BC), inspired the researchers.

In the historical museum of the history of Khorezm "Ichan-kala" an exhibition of urban development of the city of Khorezm was organized. The exhibition will last from March 1 to March 30. At the exhibition, archaeological sites were exhibited in ancient castles. Visitors will also find a map of the castle tower, a map of the ancient fortresses of Khorezm, statues of Anahita and Khorezm; As well as dozens of exhibits, such as the Sacred Fire of Mihrab, the Tower of Silence, Sculpture and the Old Khorezm inscriptions.

The exhibition attracts a lot of interest among the audience, especially young people who watch the history of their homeland as a partner, asking questions and increasing their impressions. 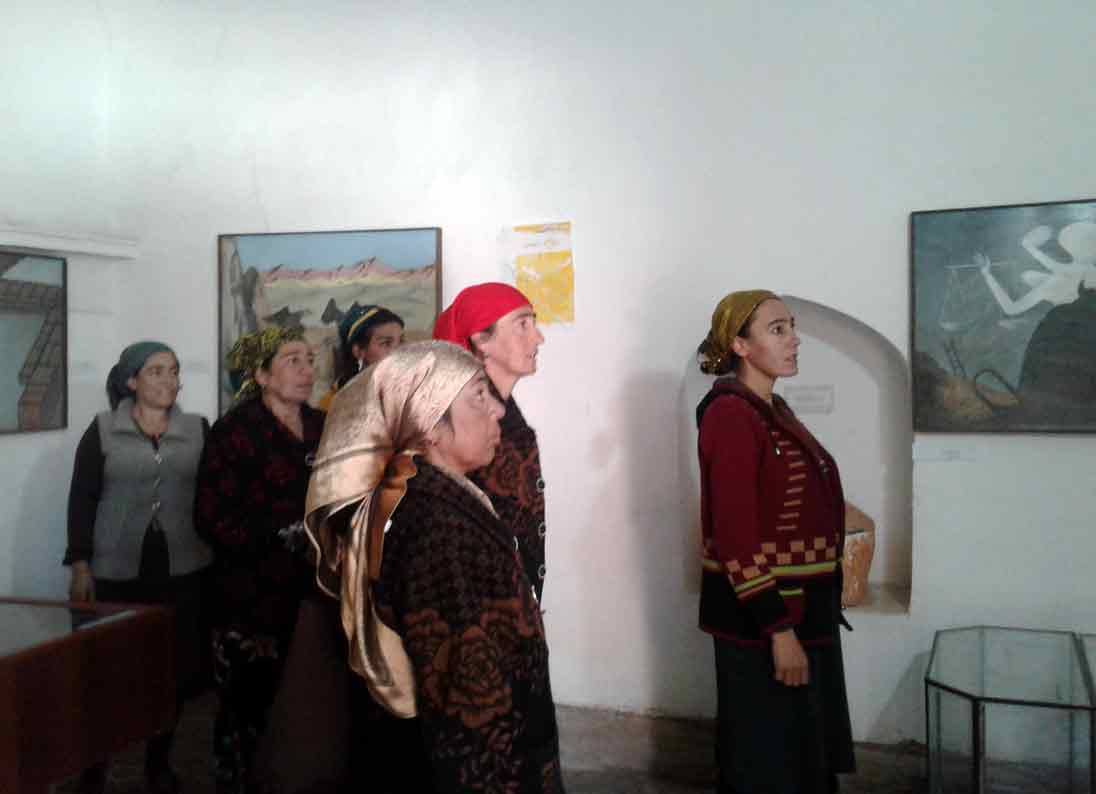 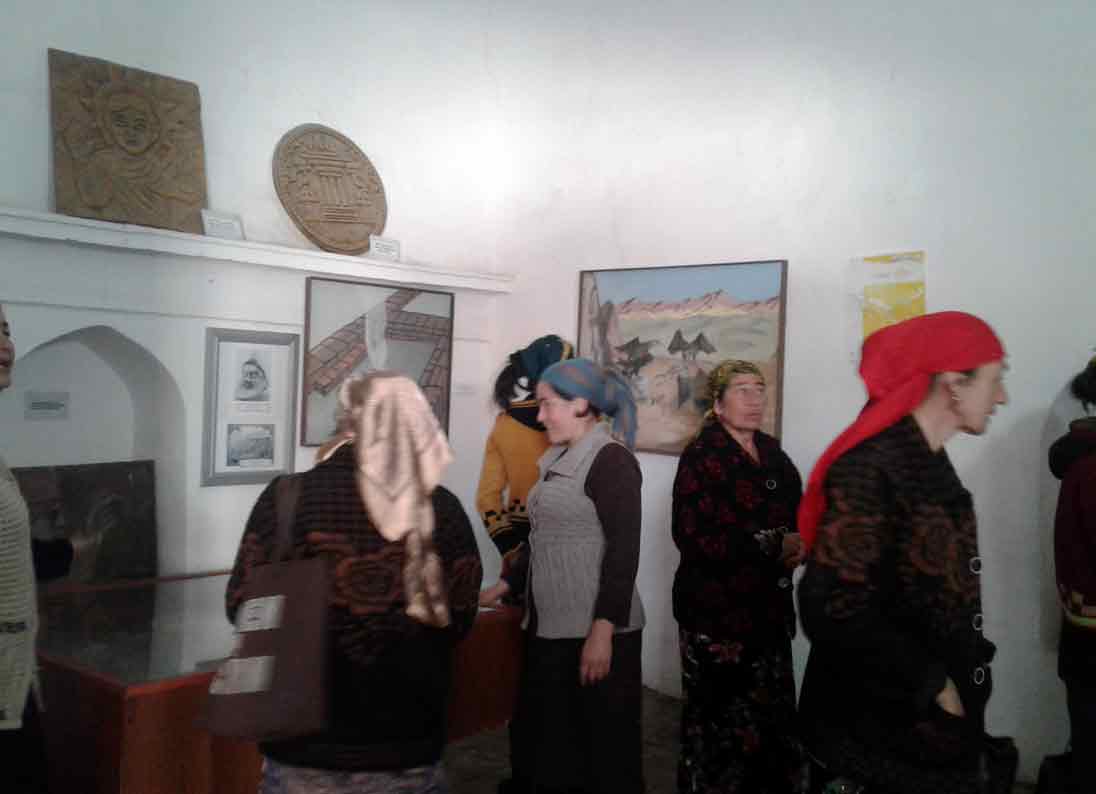 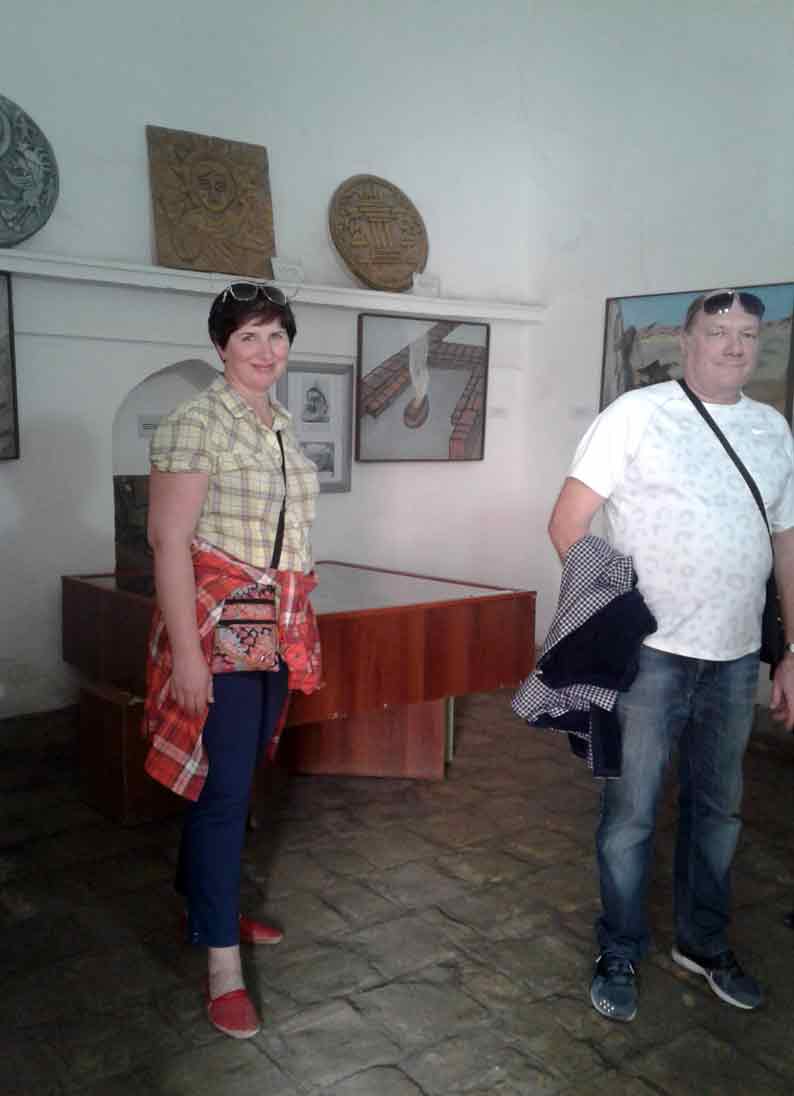 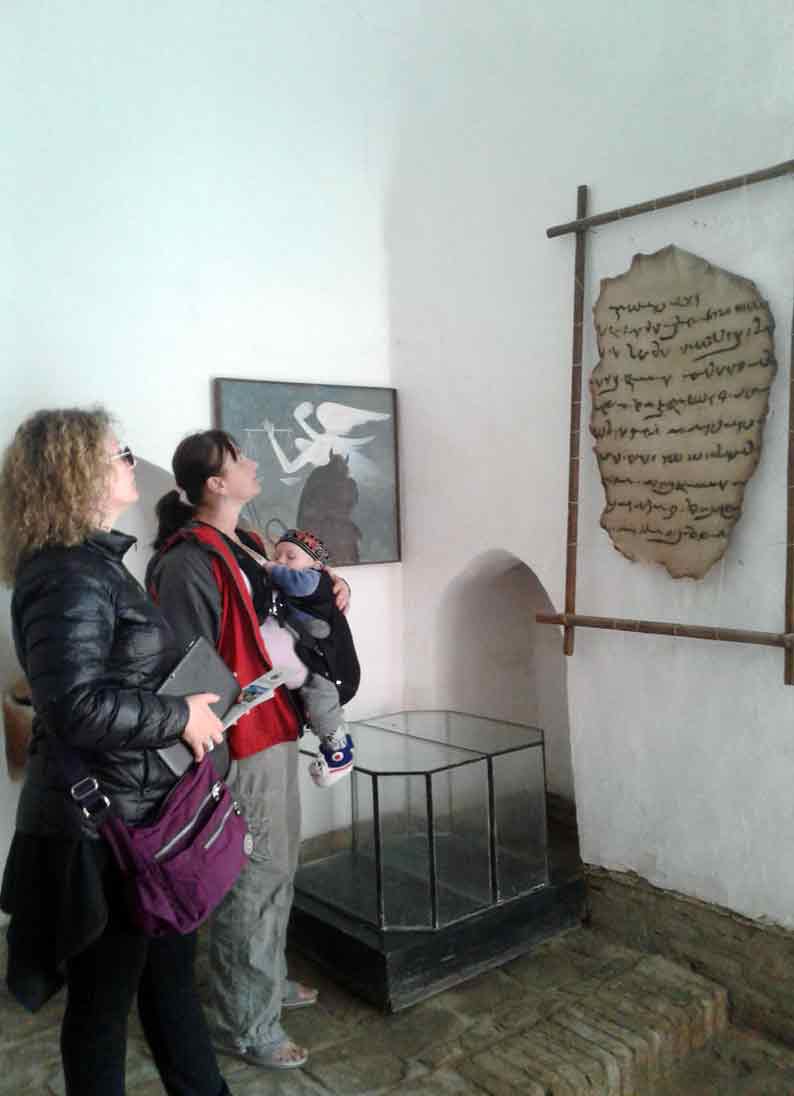 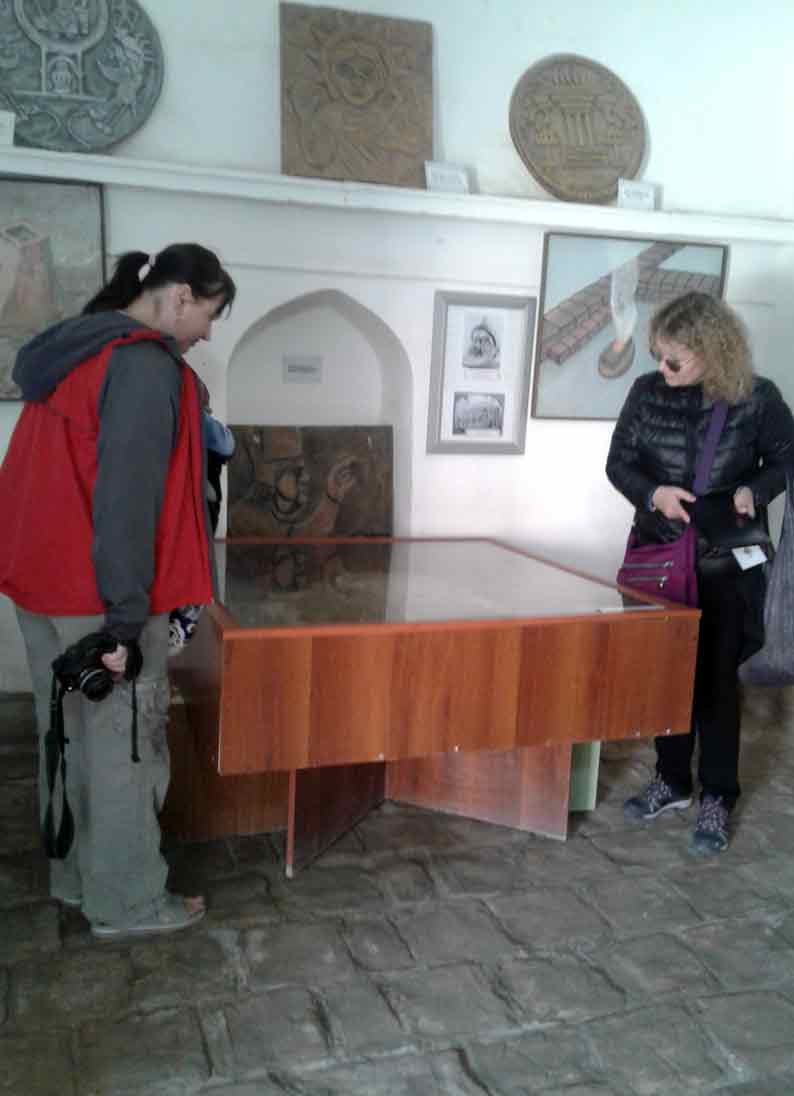