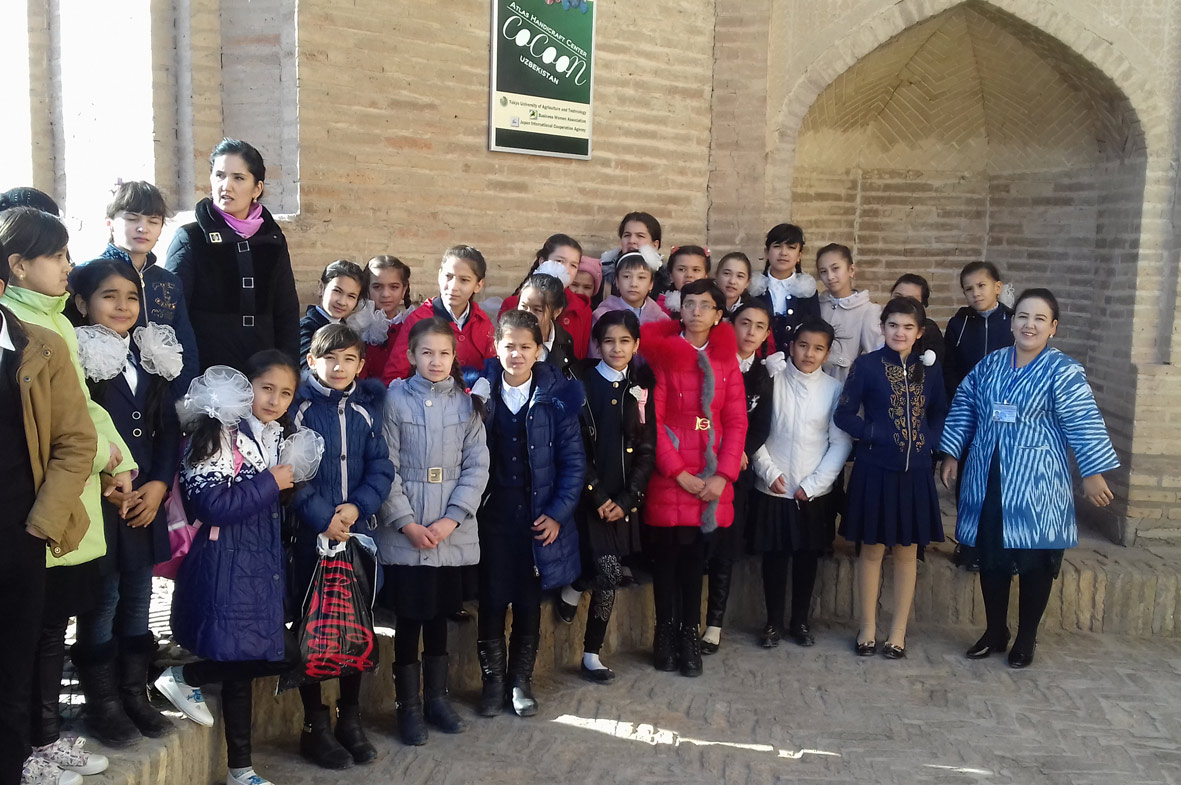 November 29, 2017, Yichane Kala, museum researcher specializing in No. 55 Xudarganova Nazokat Khiva city school student Kutlug Murat stainless Madrasah section "Rafael Davletshin's life and his painting" Fine Arts "" he held a free class. After the country gained independence, the history of society and cultures of the past, interest in spiritual needs, a deep and detailed study of corporate taxation. In ancient times to the present day has a rich history and an excellent opportunity of objective coverage of national independence, because of the tremendous work done in recent years. The first president of Islam Karimov Republic - save the world twenty-first century education - said exhibits, the museum also has a history of the country, culture and knows how to show the glory of the ancient art of the goal.

At a permanent art exhibition, artists from the Khorezm region, as well as artists who created miniatures that were restored through independence. The exposure has mainly a color image orientation.

To further improve the permanent exhibition of fine art, to increase its role in the development of spiritual and moral growth of people, to preserve rare exhibits, to preserve the historical monument, to reflect the rich history of our people preserved in the museum reserve fund, and using examples of Khorezm art and miniature art, in the minds of our people for national pride and pride, independence and loyalty to the Motherland.

At the permanent exhibition "Khorezm Fine Arts", the rich cultural heritage of the Uzbek people, its role in the history of mankind, the stages of development.

Davletshin Rafael Ibragimovich 1949 - 2008 Khivinsky artist Surrealistic surrealism is the leading art direction in France in the early 20th century. Rafael portrays his imagination in his paintings, describing incomprehensible ideas incompatible with the present and the present. He created more than 30 paintings. Thanks to rare artifacts on the permanent exhibition "Khorezm Fine Arts", it is aimed at educating young people in the minds of the people of the future, their adherence to universal human values, the ancient national cultural heritage, the great future of our Motherland.