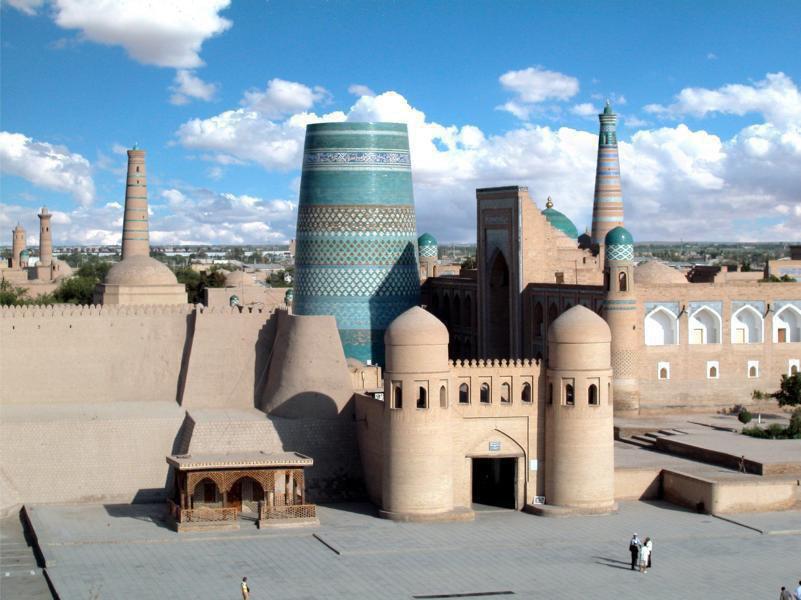 There is no such corner in our country, where there are no unique objects of cultural heritage. The organizers of the action "Seven Wonders of Uzbekistan" - the UZINFOCOM Center and the National Library of Uzbekistan named after A. Navoi - could confirm this again and again. Many months of searching and research work of scientists and specialists gave the highest results. Among the many events that took place today in the National Library of Uzbekistan within the framework of "UZINFOCOMUNF-2016", the most notable event was the awarding of the seven best objects that took the leading positions in this action. As it was noted in the speech of the Director of the Center Gayratkhodzhi Saidaliev, in order to increase the attractiveness of the regions of Uzbekistan for international and domestic tourism and popularize the rich cultural heritage and sights of our country, a special Meros.uz website was developed. It housed a rich base of historical, cultural, architectural and other objects, especially attractive for tourism, so that the participants of the action from all over Uzbekistan could make their choice in favor of one or another cultural heritage site.

The special importance of this action, the place of Uzbekistan in the world civilization in the sphere of cultural heritage, the great contribution to this Great Sakhibkiran Amir Temur, the first President of Uzbekistan Islam Karimov, the greatest masters who created dozens of unique monuments of ancient architecture, spoke at the ceremony, an honored guest and a connoisseur of history our region, the popular singer Sherali Juraev. To the applause of the gathered students of Tashkent universities, representatives of the Internet space, journalists, the head of the press service of the Uzinfocom Center Zumrad Shadzhalilova announced what unique objects of the country the status of "Miracle of Uzbekistan - 2016. This magnificent seven includes:

To receive special prizes of UZINFOCOM Center, the leaders of these objects were invited to the stage, who cordially thanked the organizers of this action and spoke about the important place in the history of our country they occupy.

- Evgeny Semyonovich, today we all looked deep into our history and saw many new and interesting things for ourselves and learned. And this is all as a result of the great work carried out by UZIFOCOM with the support of the Ministry of Culture and Sports, the Ministry of Communications and Information Technologies, Uzbektourism. How it all was, will the continuation of the action "Seven Wonders of Uzbekistan" continue?
- It was a very exciting event. There was a stormy discussion, disputes about which objects are the best, after all? The thing is that people voted themselves on the Internet on our website Meros.uz in all regions of Uzbekistan, they themselves chose the seven best and won. In general, the action was beautiful and passed very well. Before other countries conducted, then decided, and the worse we are, the more we have such a number of remarkable objects of antiquity. And they organized this action. In total, about 400 such objects were identified, we all painted and put on a map, so that it would be easier to navigate. Now our future guests from different countries, we ourselves have clear guidelines for where to go and what must be seen necessarily.

We are at the beginning of the road and are going to hold such holidays again. Many thanks to the library named after Alisher Navoi for the invitation to take part in this action. It turned out to be a real holiday with the participation of the managers of the objects who became winners. It was also very nice to see and hear the singer Sherali Juraev here. We remember him well from childhood. There is much to be proud of Uzbekistan and it's great.