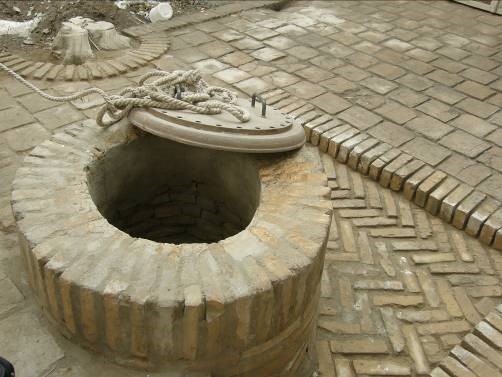 The well which is preserved in the private house in the northern-eastern part of the city was caused to the construction of the Khiva fortress. Seventy years ago the well was in the house of a man called Sadulla, that time the depth of the well was about ten meters, the lowest part was laid with saxaul and over this was put the ripen bricks. In indicates that well in fact ancient and latterly reconstructed. At the time of the reconstruction, the external part was laid ripen bricks. The down part was not able to be reconstructed cause of emergence of water.