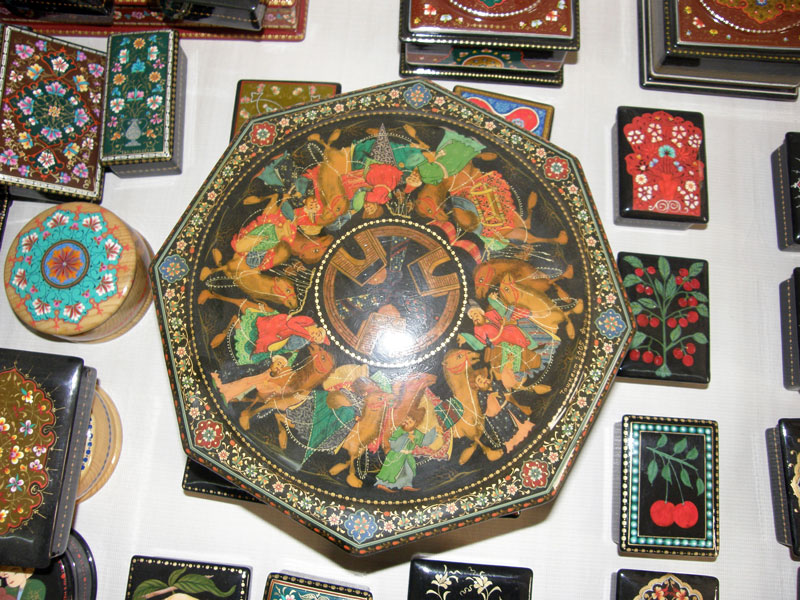 Applied art forms the aspiration for beauty in the person, fascinates the material environment, enriches and teaches it aesthetically. The history of Khorezm Applied Arts is very old. We can establish this in our cultural heritage with prominent monuments, unique feasts, and diverse home furnishings.

More than 2,500 years ago, the descendants of craftsmen, who had been trained for centuries, came to the world with painters, nachoshs and various professions. Their goldsmiths, created by the goldsmiths, have earned a great deal of experience in museums of the world. When we look at the Ichan-Kala monuments of Khiva, which is a pearl of art, we create an immortal creature of flower masters in all these monuments. Embroidery - flower means image. Birds, animals, plants, and geometric shapes can be reproduced in a certain order

The embroidery is widespread, with tattooing, drawing, twisting, bumping, and flowering. In the ancient fortresses of Khorezm, on the walls of Tuprak - kala, archaeological historical findings, we can depict images, figurines, samples of fine art on the walls of houses, hunting images, some caves, and religious symbols.

In the early eighth century, Islam had a profound effect on previous cultures, resulting in the acquisition of Islamic requirements, living things, poultry, and depopulation of human beings.

The masters reflected the nature, the ghosts, and the Arabic script (suls, Kufi, Nasta), and their artistic samples were lost and the applied art came to their feet.

As the throats went on, it became more complicated; symbols, symbols, prayers, wreaths, and wishes.

Each text has its own meaning and is drawn in different ways. For example: the oldest embroidery type three leaf moons means a good idea, a good idea, a good job. The name, the horseshoe, the name of the idol, the turunj islim, the unshakable embroidery, which symbolizes richness and prosperity. The root, the rod, the thickness of the hair, the flowering of the spring, the pomegranate flows - the darkness of life. The apple flower, crown flower, blossom flower, cotton flower, tulip flower patterns are soaring and life-long, and girx shapes appear in the textures. This embroidery has created new opportunities for the development of art. Girix means chopping. The triangle consists of three corners, circles and more;

The turquoise is the crown of the dune,

Circumcision - the universe, the happiness, the symbol of the return of evil people,

Kuesh points to the symbols of the cloud.

The masters have a good idea of ​​the textures and embraced a certain symbolic meaning.

In the 9th-10th centuries, the art of ganch, yoga was developed. We can build it at the Jama Mosque, which dates from the X century, to the Ichon fortress.

In the XIV-XV centuries the homegrowncy developed. Buildings were decorated with tiles. Said Alovuddin mausoleum in Khiva, its contemporary Najmiddin Kubro tomb, and Shahi Zinda complex in Samarkand differ in their unique nature. These tiles are made of rags.

In the Khiva khanate, which arose in the sixteenth century, artists began to paint around the city.

Arabhan madrassah and mausoleum, Shergozihan madrasah was built. The column of crafts and ceilings, which remained from the Arabhon mosque, was widely used in the exposition of the ornament.

In the XVIII - XIX centuries Mohammad Aminhon madrasah and tower of the fortress were waiting for Ichon - kala. In the monuments there are preserved samples of the best works of masters. Here we will create masterpieces of wood, ganch, copper wire, mosaics. 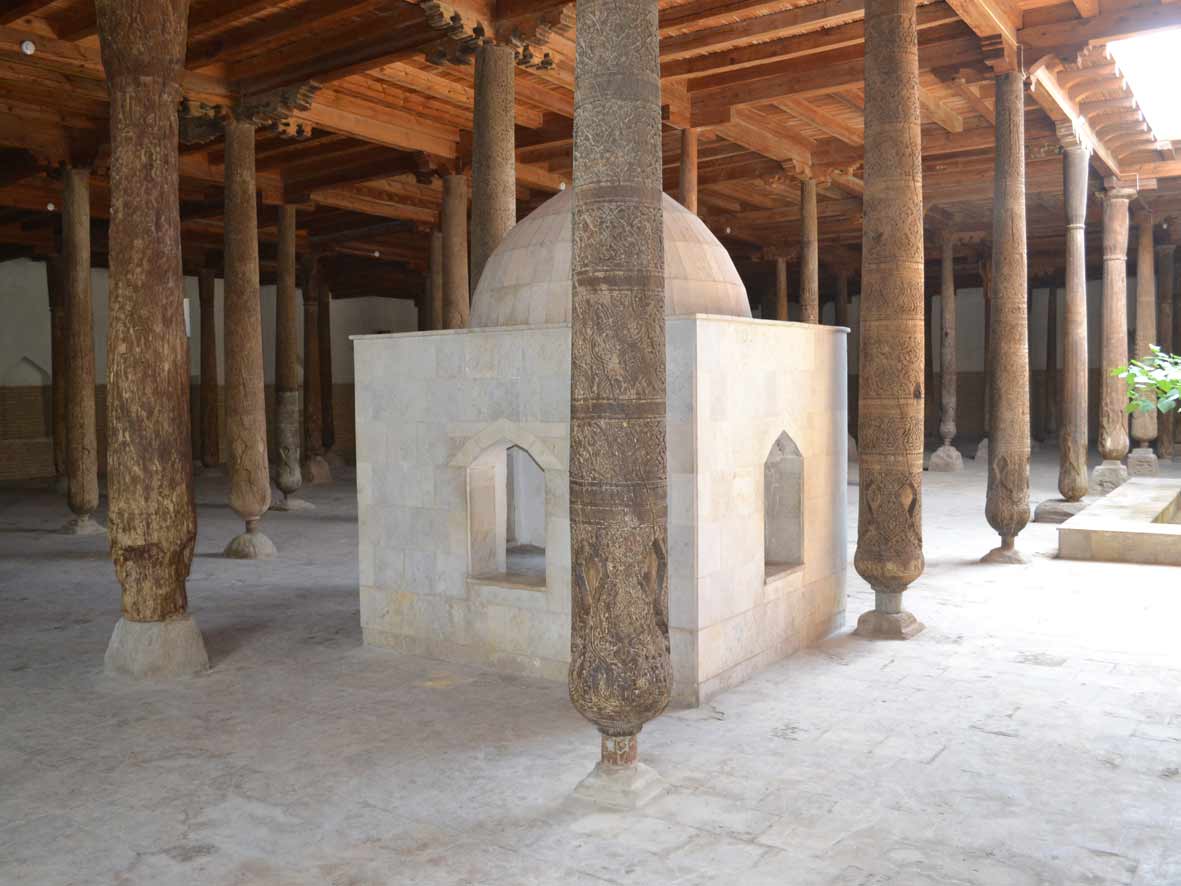 Inside the Tomb of Pakhlavan Mahmud. (XIX century). 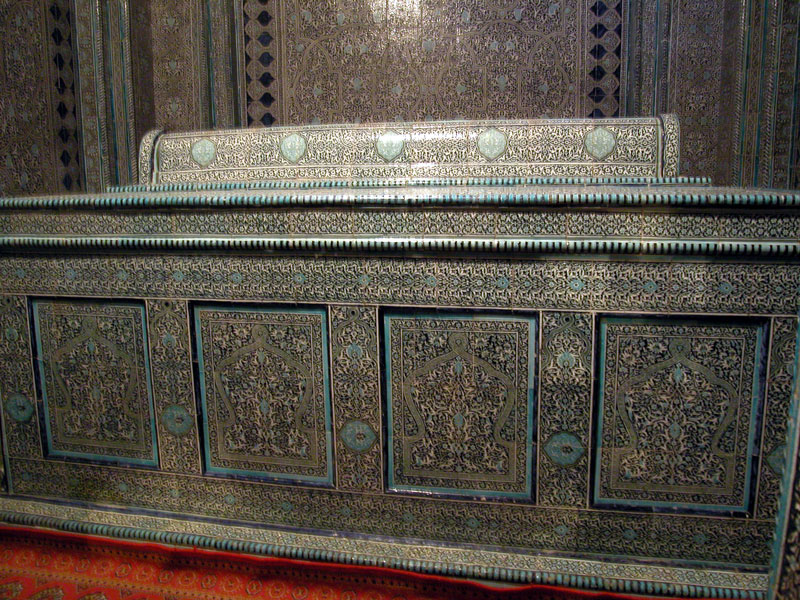 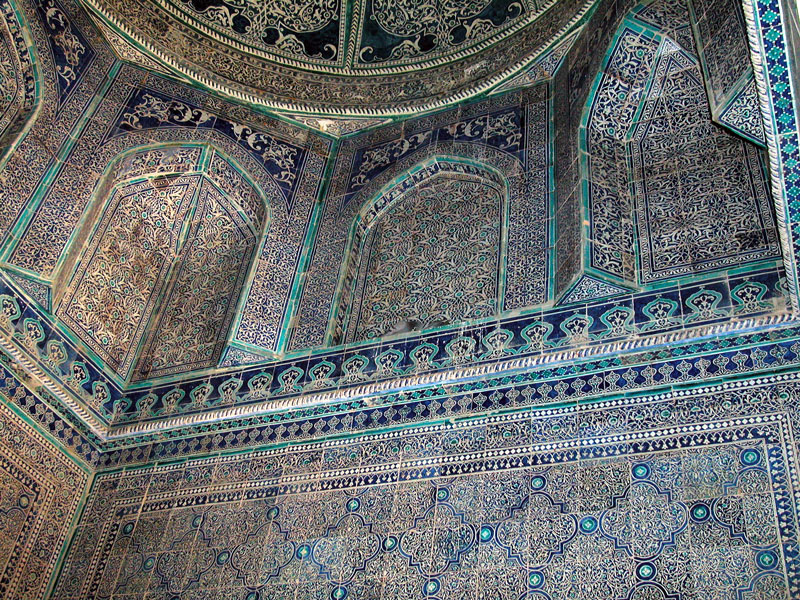 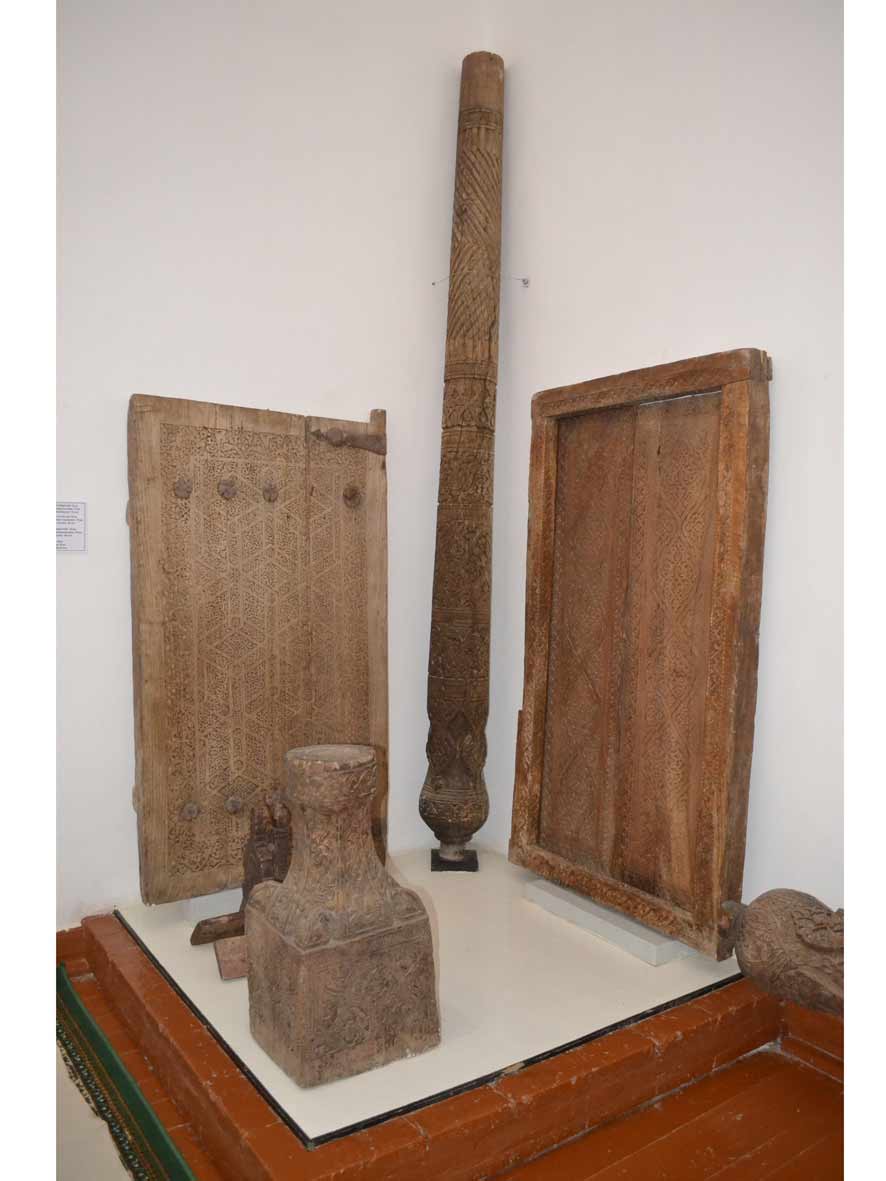 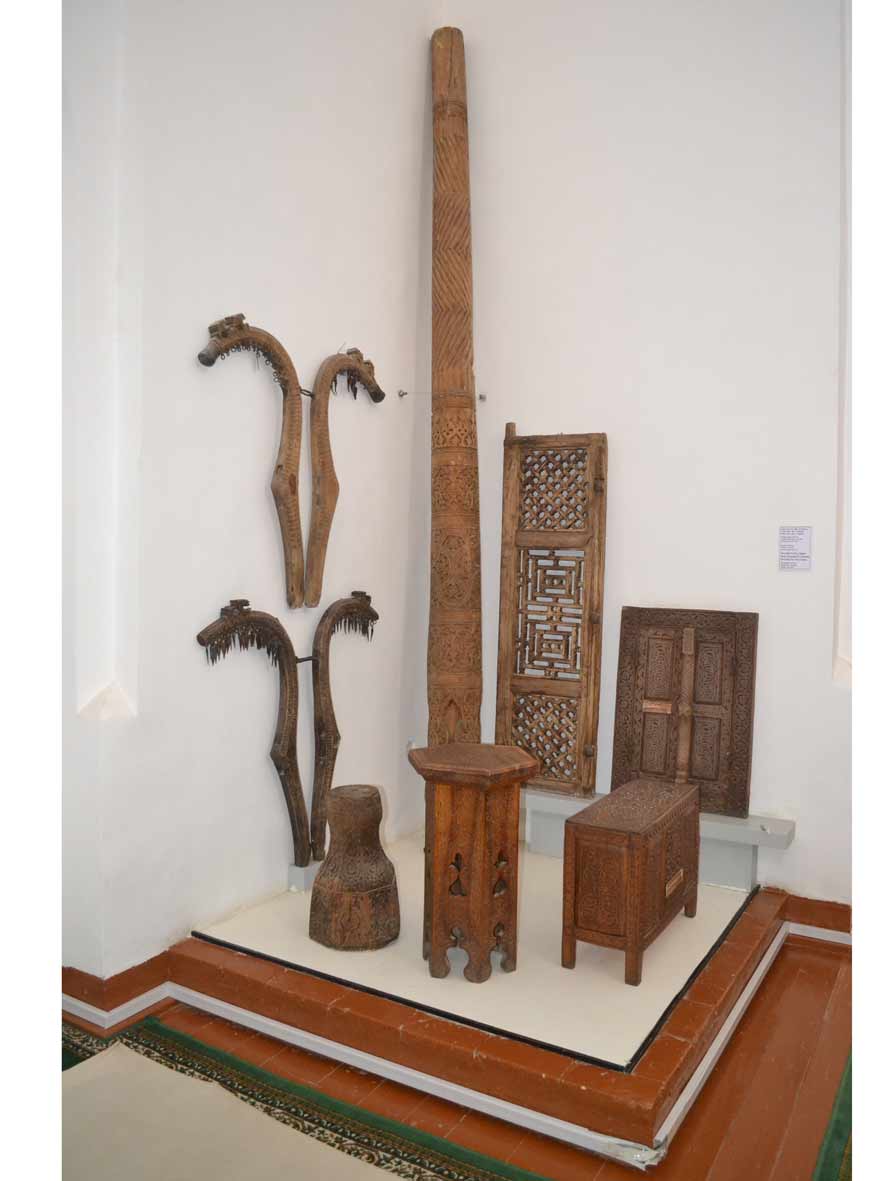