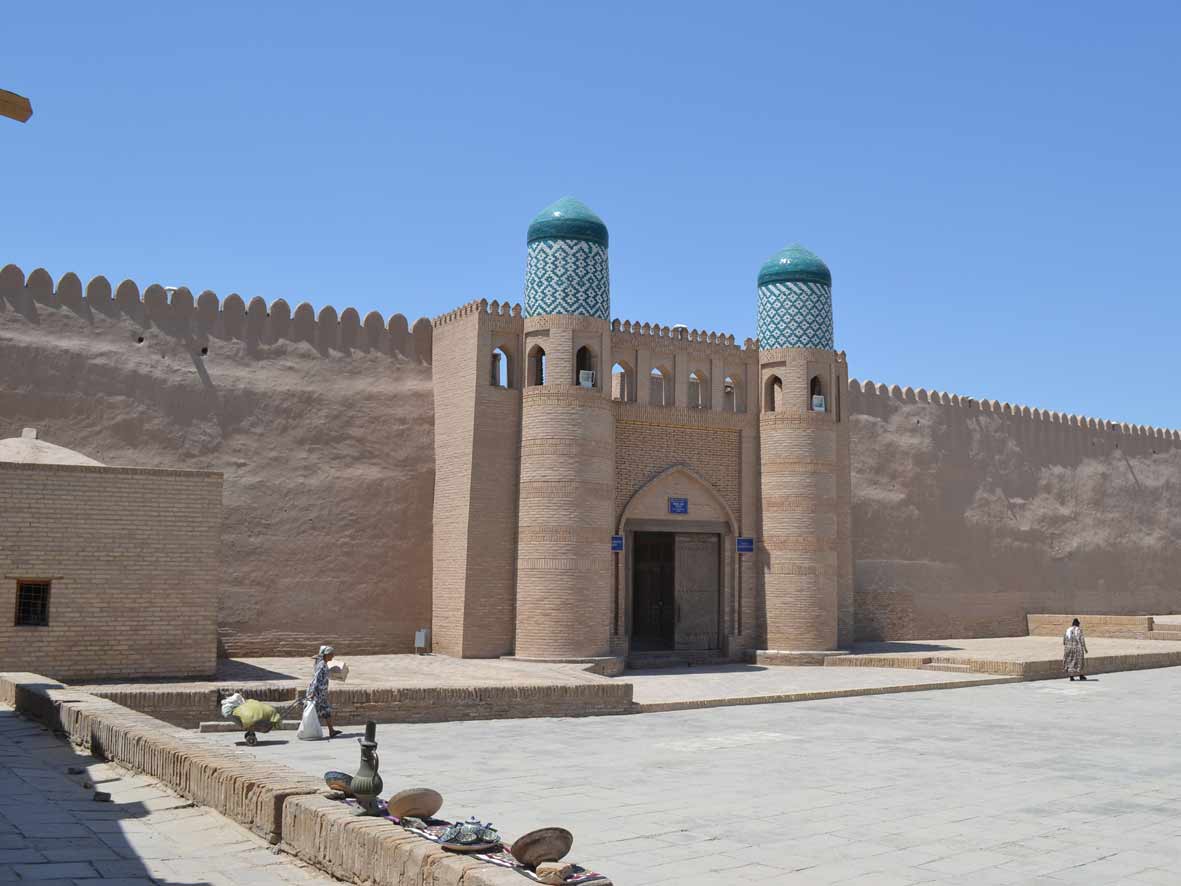 The ancient ark is the ancient castle of Khiva and one of the palaces of the fortress. The history of the castle is closely connected with the history of Khiva.

Some historical sources indicate that the fortress and the city were built at the same time. However, in the area of ​​the Ark preserved only a few buildings of the nineteenth century. Bridle from the hotel and residential areas, civil servants, as well as mint, winter and summer, the mosque , weapons, ammunition, food workshops, warehouses, stables, kitchens, stables and a specific area.

The throne of the Khiva Khan ate was brought to St. Peters burg in 1873 together with other national resources of Khorezm. The throne was placed in the Kremlin Museum in July 1874 on the recommendation of the Moscow Palace. It is made of wood, decorated with silver ribbon and plates, which are decorated with solid patterns of crochet. The rear seats of the throne were arranged in the form of a rabbit, and in Arabic it was written in the Arabic text that it was "made by the exalted slave of Allah Muhammad during the reign of Sultan Khorezm Muhammad Rahim in Khiva."

1811 is described reliably. The old harbor, built in a harem, is surrounded by residential buildings in the south. In the northern part of the yard there are two-story houses with slaves and a nurse.

According to legend, the grandfather of the White Sheik was the pillar of Sheikh Mukhtar Vali, who lived in the 14th century. The building was renovated in 1991. Currently, tourists watch the wonders of Khiva through the high porch. 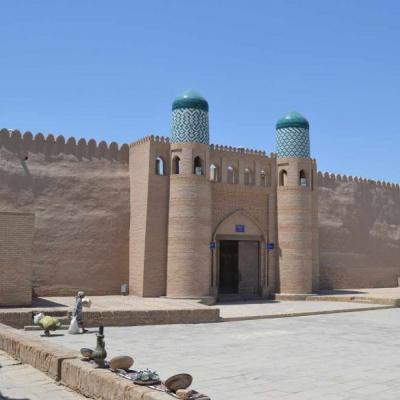