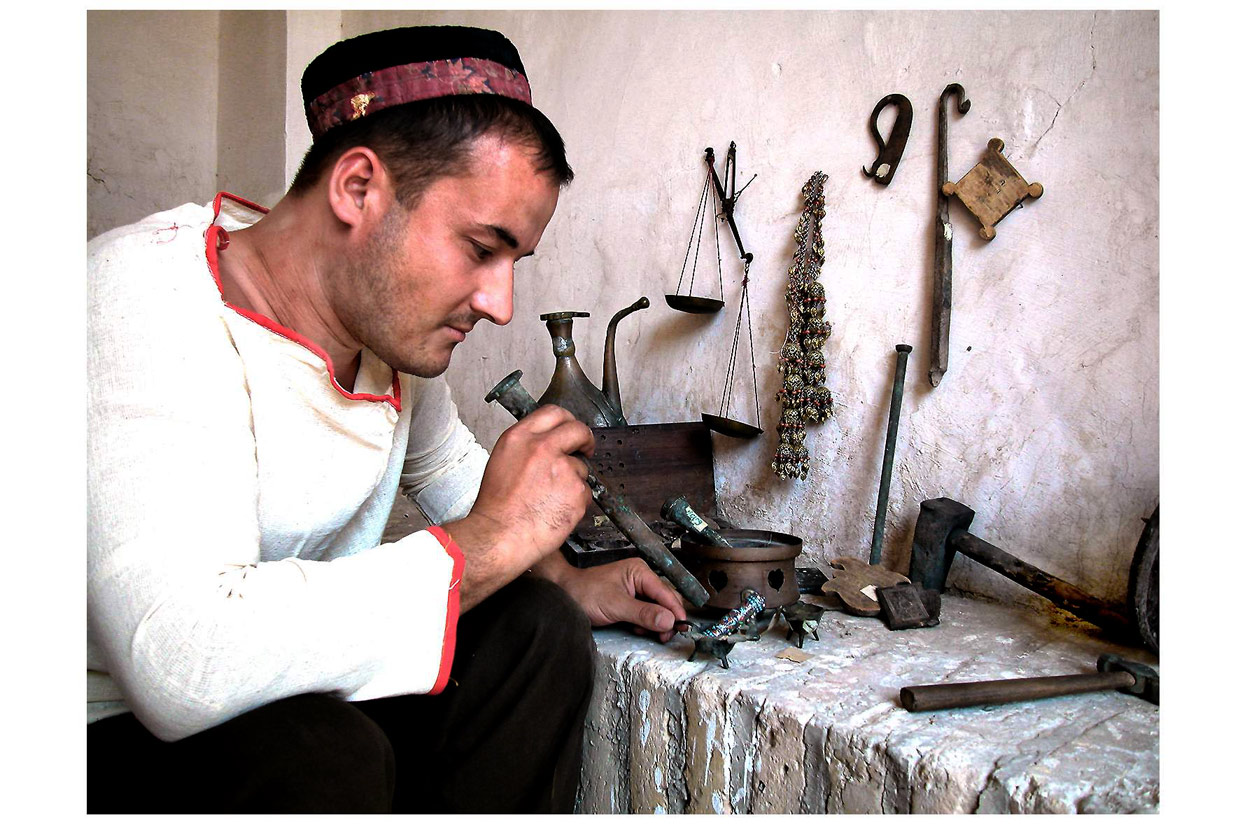 In the XIX century, European tourists who travel to Khorezm, have information about men's clothing. By the seventies of the 19th century, scientists and locals who came here studied the history of national culture and clothing of Khorezm, and documents and objects began to appear. As national costumes are amazed, details of simplicity, nationality, color and shape are made.

Teeth are usually made from local tissues. For interior and exterior, various fabrics are sewn, cotton (simple and complex), well, and cooked shirts and fabric trousers. From cotton and silk to cakes, red, colored candles are made for men's clothing, tunics and chapels. Silk and silk fabrics are decorated with feathers and shirts.

During the study of the sources of the XVIII - XIX centuries, it can be noted that wearing straps for Khorezm men was one of the conditional dresses.

Chukai is an overlay orange or brown color. The heap is worn with a margin. At home, shoes are usually filled with untidy boots, called quail or squash. Summer in white trousers. These shoes were sewn by special masters, and in many cases the legs were brown. At the end of the XIX century rubble was occupied by rubber residues. Another popular footwear in Khorezm was a soft leather boot. The height of the peak of the chair is 30-35 cm, called the amricon. He is afraid of a burning coat. In addition, high-heeled boots were dubbed "The Legend of Khiva". He was wearing shoes and knitted boots. Also worth mentioning the complex of men's clothing. 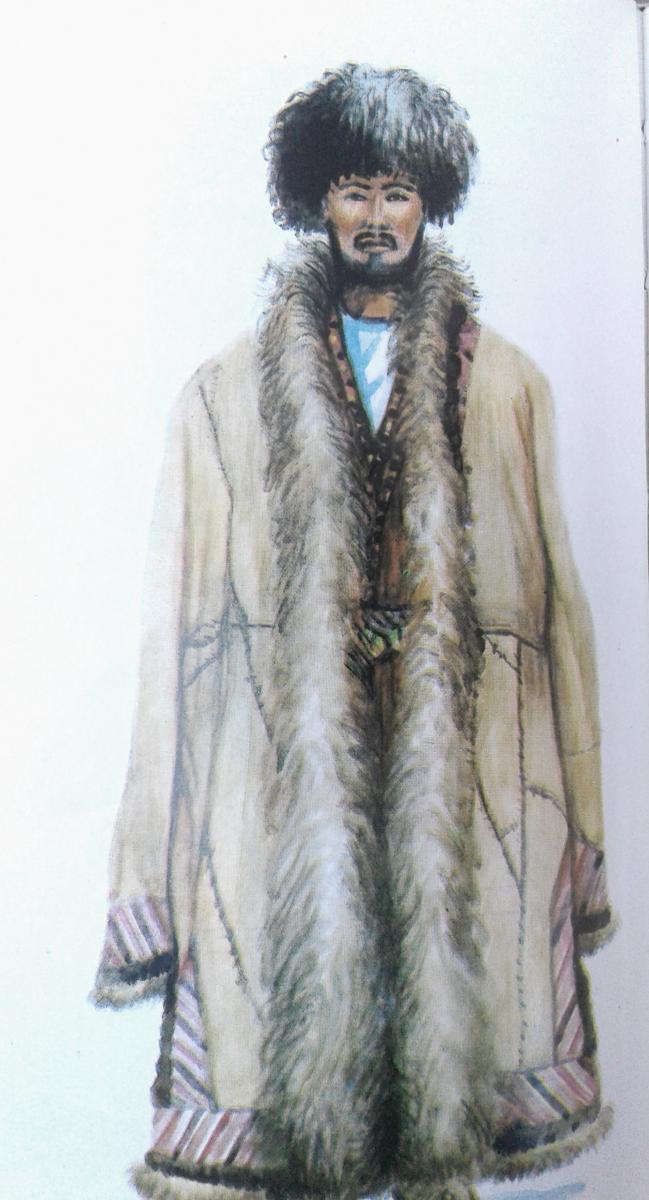 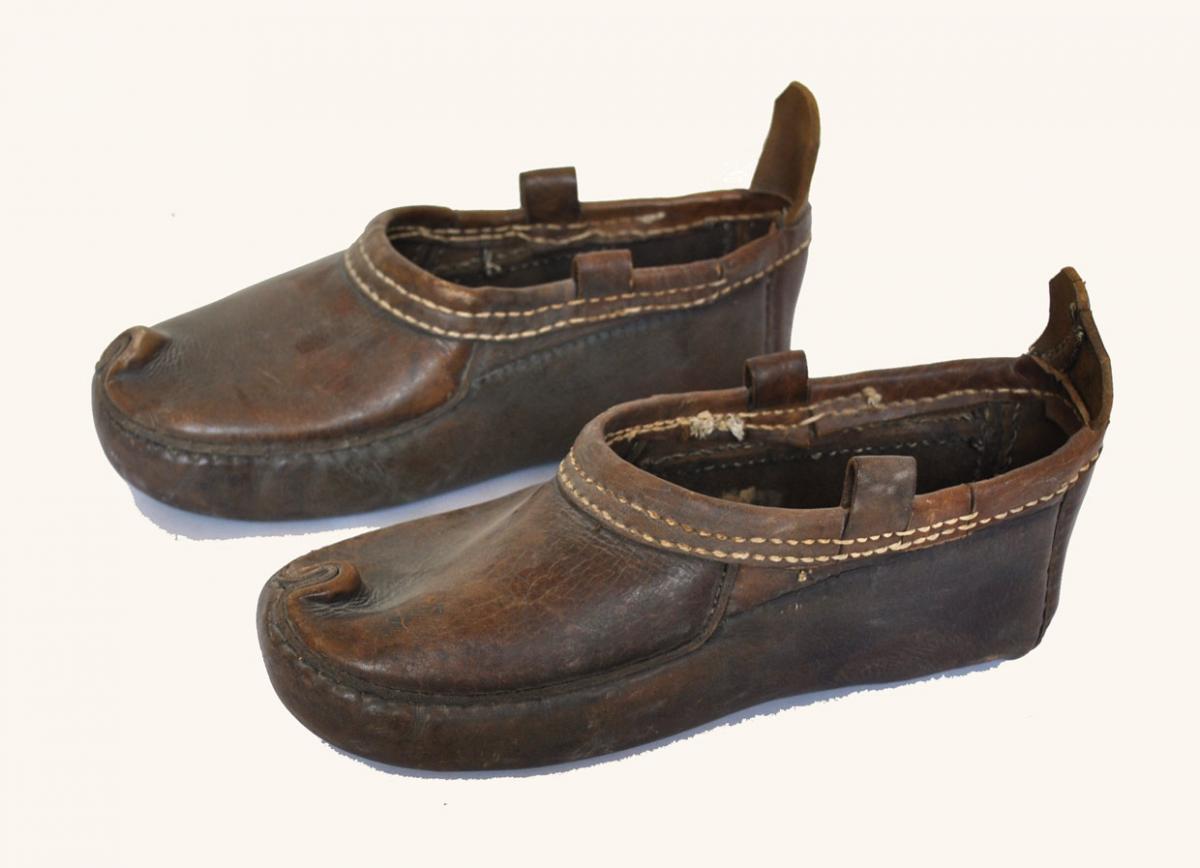 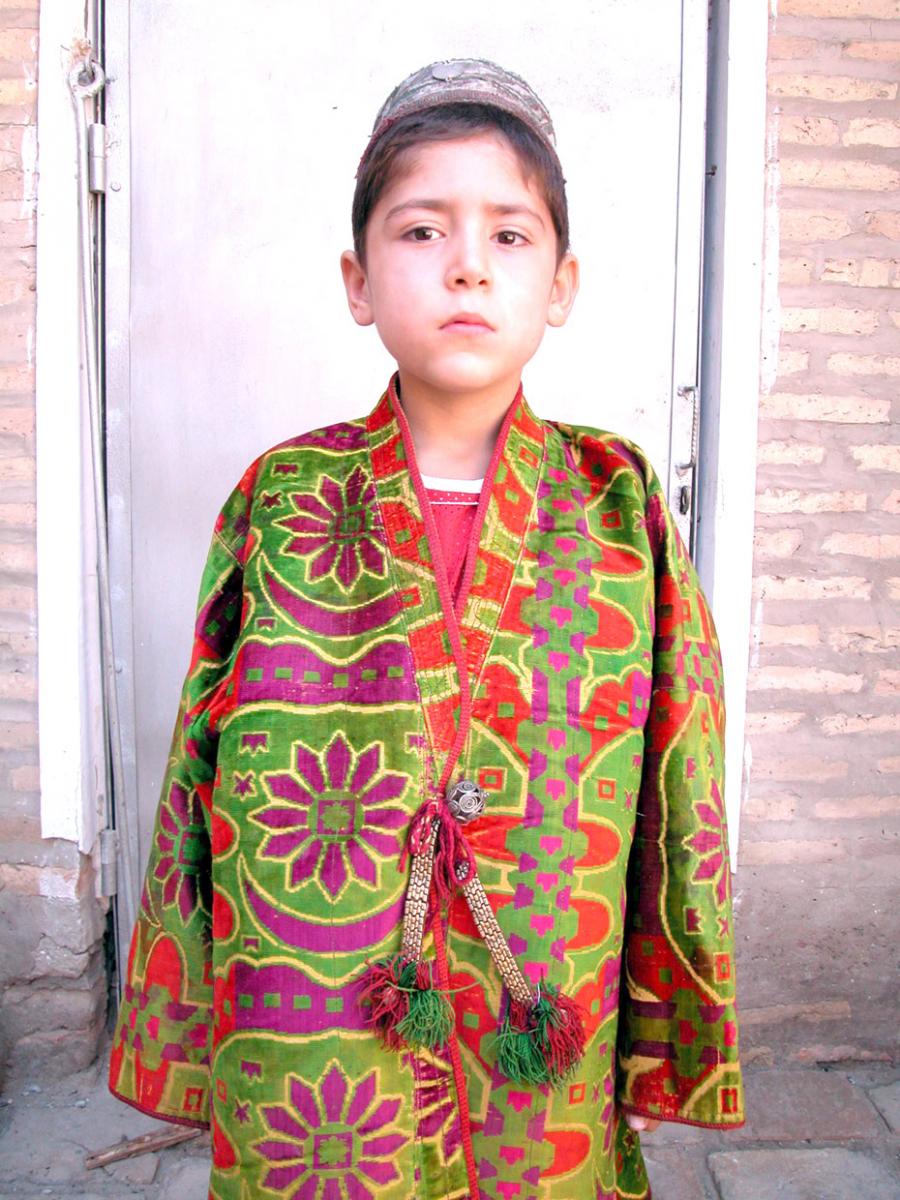 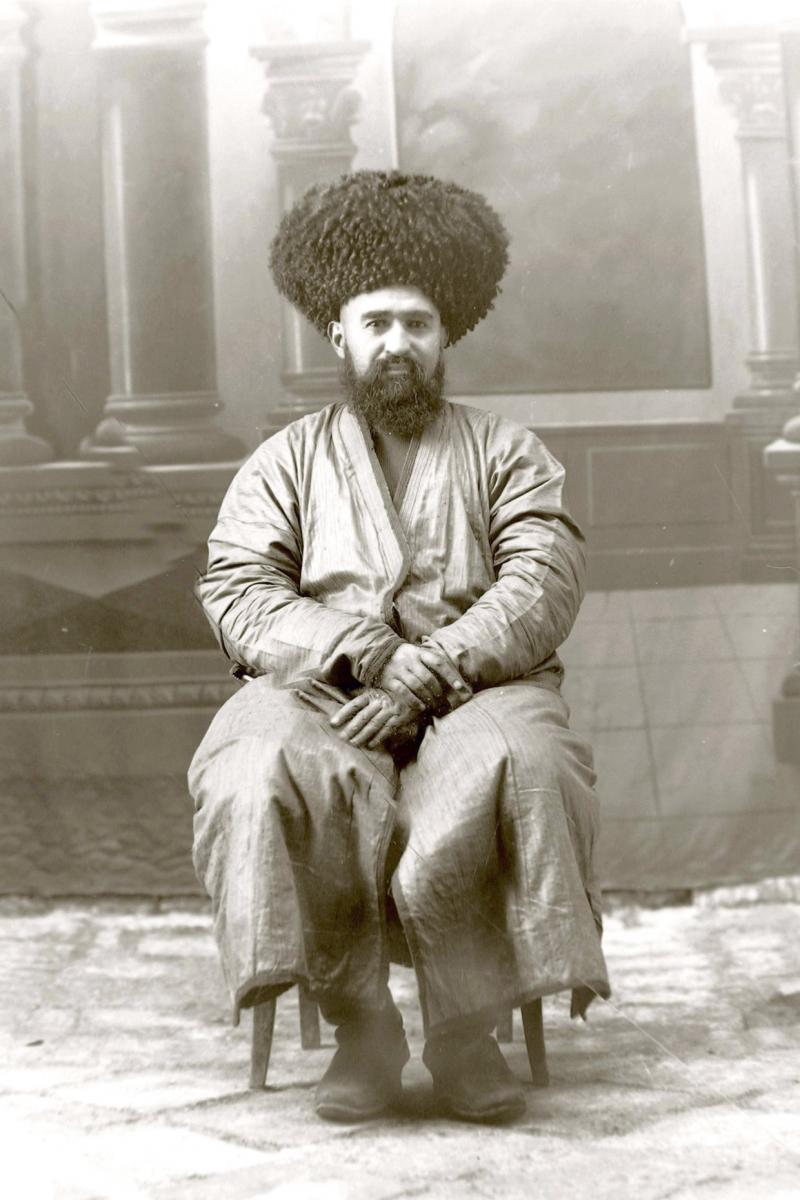 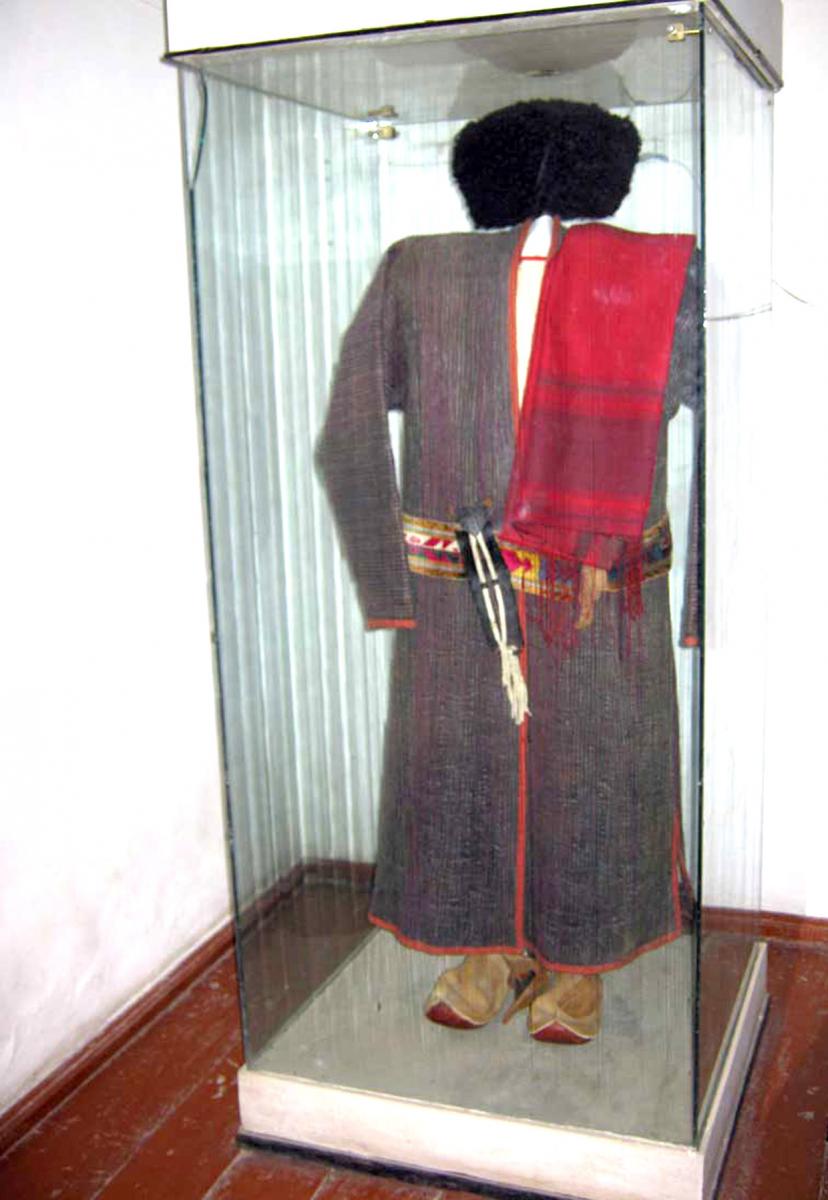 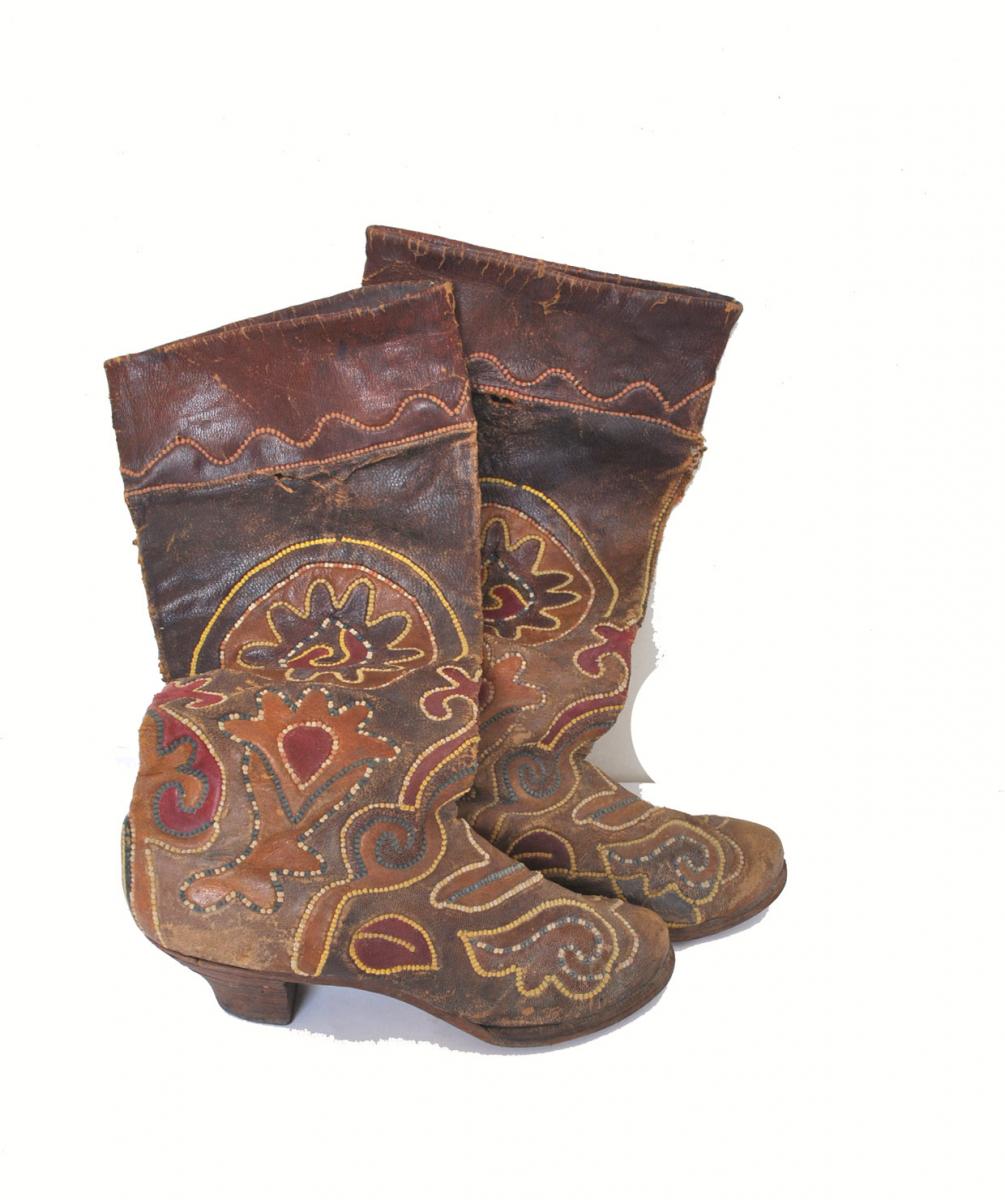