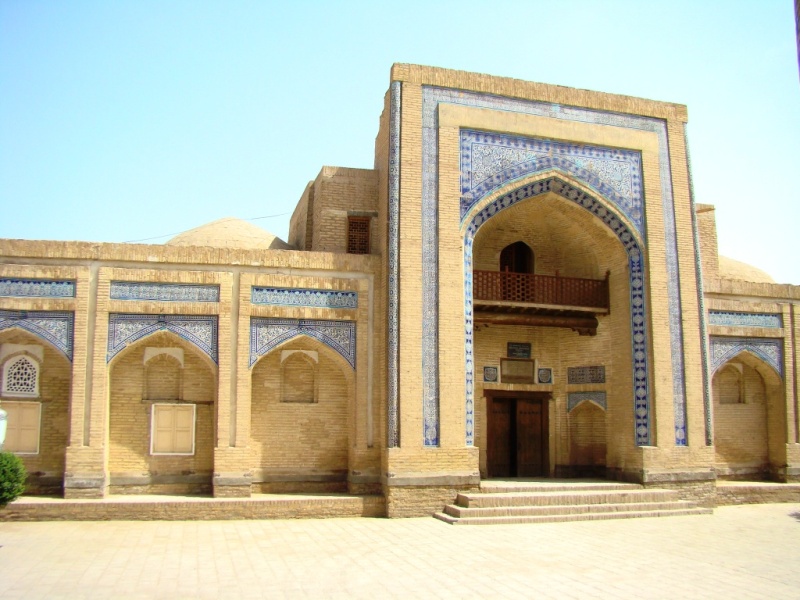 There are 64 madrasahs in Khiva, one of which is the madrassah built by Muhammad Aminkhan the eldest and most beautiful of Khiva's khan.

The madrasah Ichan is located in the western part of the castle, and the city's main gate is on the right when it comes through the gate.

The madrasah is built of baked bricks and its walls are 1.5 meters thick. The madrasah is a two-storied 130-room house, with 260 students studying at the same time.

The medresse is similar to other architectural buildings, the building is symmetrically constructed as a two-storey, flat-shaped, courtyard. Both sides of the roof are conventional boulevard blocks. The main style was occupied by a five-cup dome, a mosque, a dining room and an additional room. There are small roofs on both sides of the yard.

Apartments on the first floor serve as bedrooms and auxiliary premises, while the second floor has a roof top tower. Inside the courtyard there are four small roofs, with tiles and ornaments with "teak" letters. The windows are built of panels. At the bottom there is a moisture-proof layer between the wall and base - the base belt (height) is 68 cm.

Madaminhan Madrassah, writes The Vatican, who arrived in Khiva in 1863: "The inn has been built in a caravansary, and its tower was not finished due to the khan's disaster. Madrassah was given religious and secular knowledge, but also forbidden entertainment and singing. At Madrasah, the duration of the study was not limited, and some students were studying in the same course for 3-4 years. Education in Madrasah has been completed in three stages,

Every Muslim who was fifteen years old at Madrasah was regarded as taking into account his literacy and talent. They called them Mulla or Talib and called it ul-ilm. Among the students who graduated from the Madrasah were poets, mummers, calligraphers, scholars and intellectuals. Madrassah has a large library and the Muslim Supreme Court. " 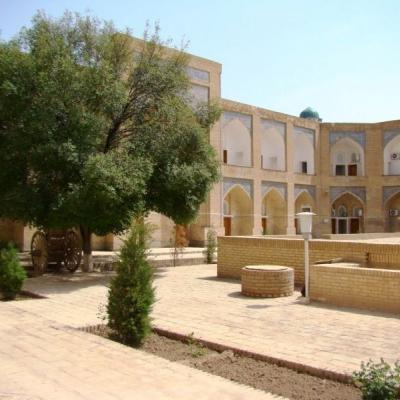 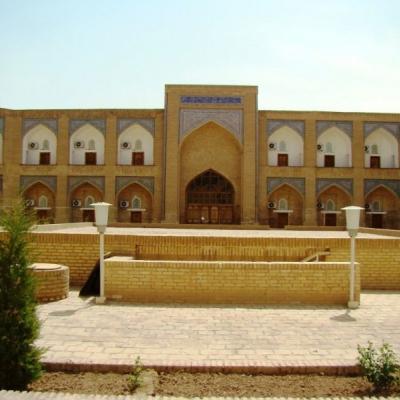 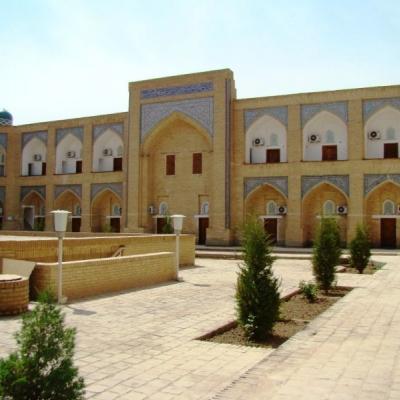 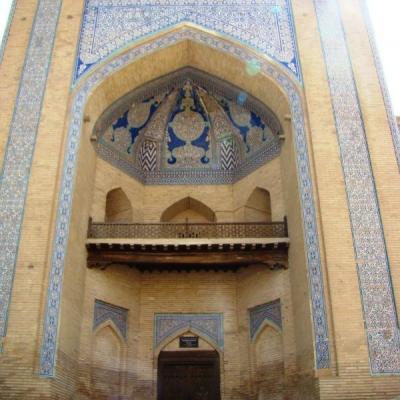 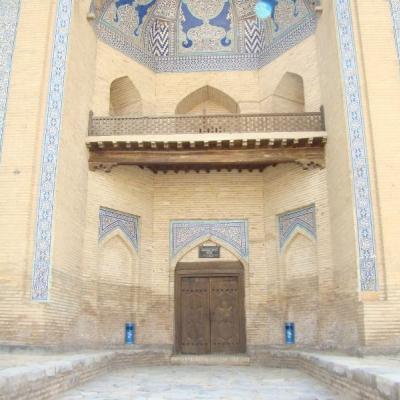 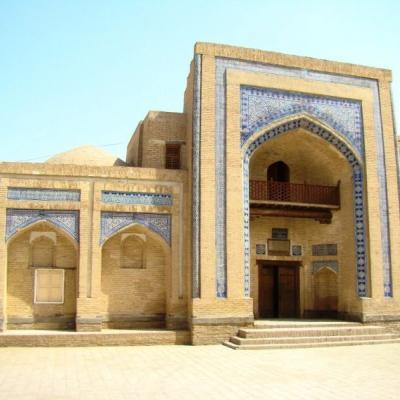 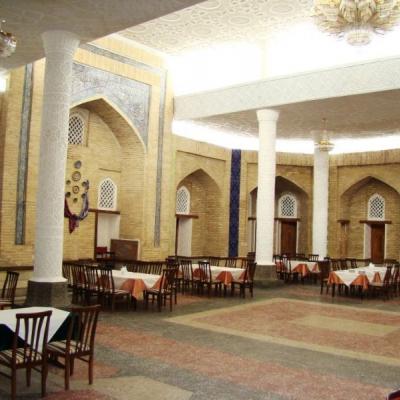 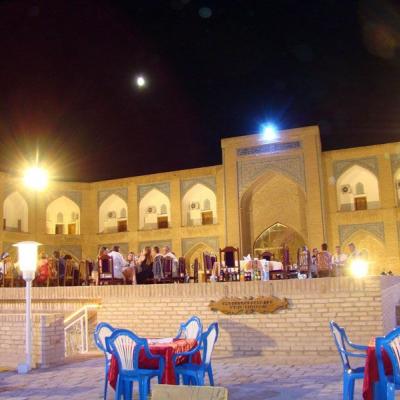 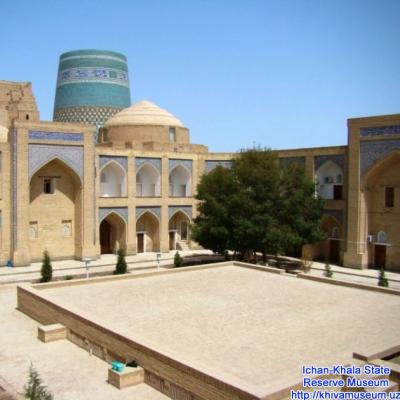 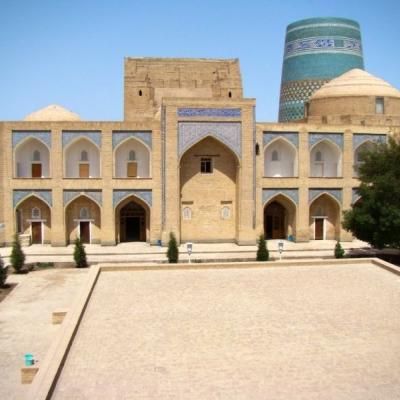 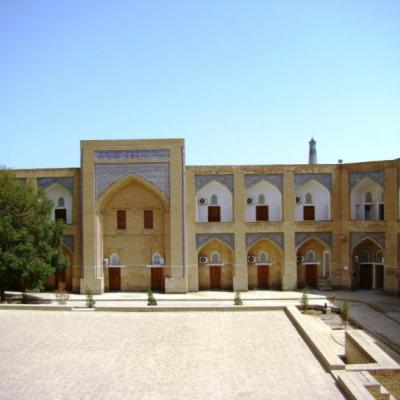