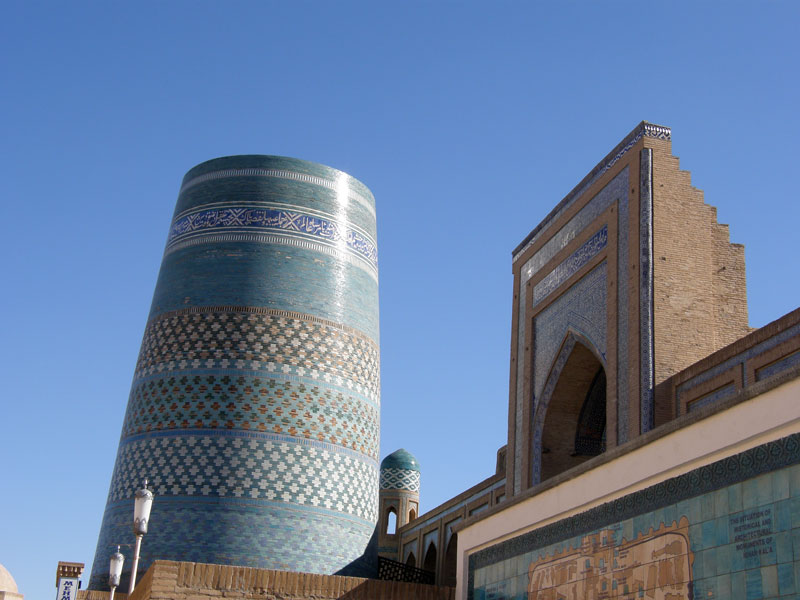 One of the most famous minarets of Khiva is the unfinished Kalta minor (also called the Cook minaret or abandoned unfinished minaret). The construction of the minaret was started in 1853 by Muhammad Amirkhan (next to the medressa with the same name). Construction was stopped in 1855 after the death of the Khan during the war against Northern Europe and the coronation of Abdullahan. Among the local population there are many stories and legends about what happened.

It is said that the Khan of Khiva ordered to build in the city a large and high minaret: "Let Bukhara be visible to the top of the minaret". Emir of Bukhara learned about this, came to the master building a minaret and talked with him, promising to give big money, he planned to build a similar tower in Bukhara. Han Khiva learned of this ordered to throw the builders off the tower after the completion of construction. Khan did not want the same Minaret to be somewhere else. Upon learning this, the craftsmen made wings or tied a rope and down this rope they went downstairs and myths and legends fled.

The tower is now in the form of a point cone. Even now it has a great appearance. Judging by its dynamic compression after the completion of the construction it can be about 100 meters in height, and be the largest tower in the world. At present, the highest Minaret is in Delhi, this is Qutub Minar with a height of 72.5 meters, 15.5 meters in diameter, 2.5 meters in diameter at the top.

The diameter of the Minaret of Mohammed Aminhon is 14.5 meters, the height is 29 meters, the depth of the base is 15 meters. 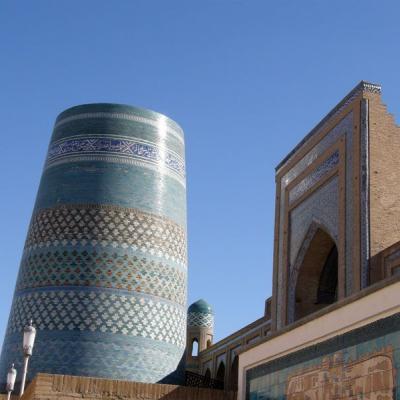 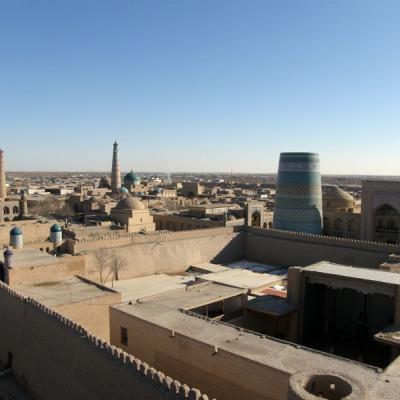 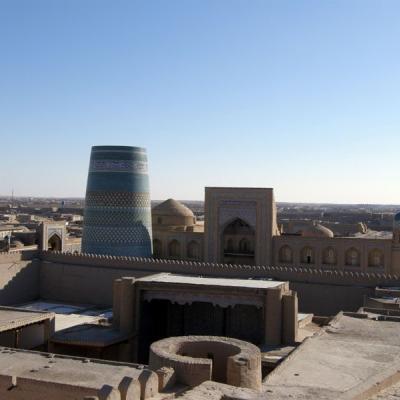 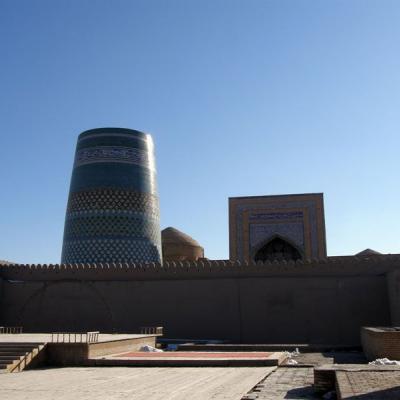 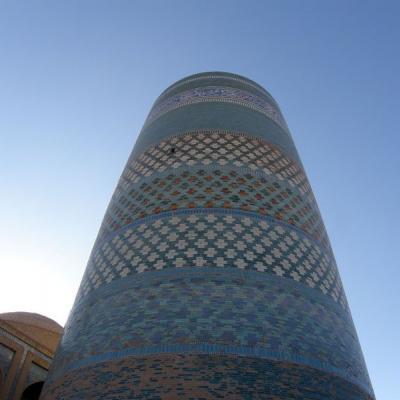