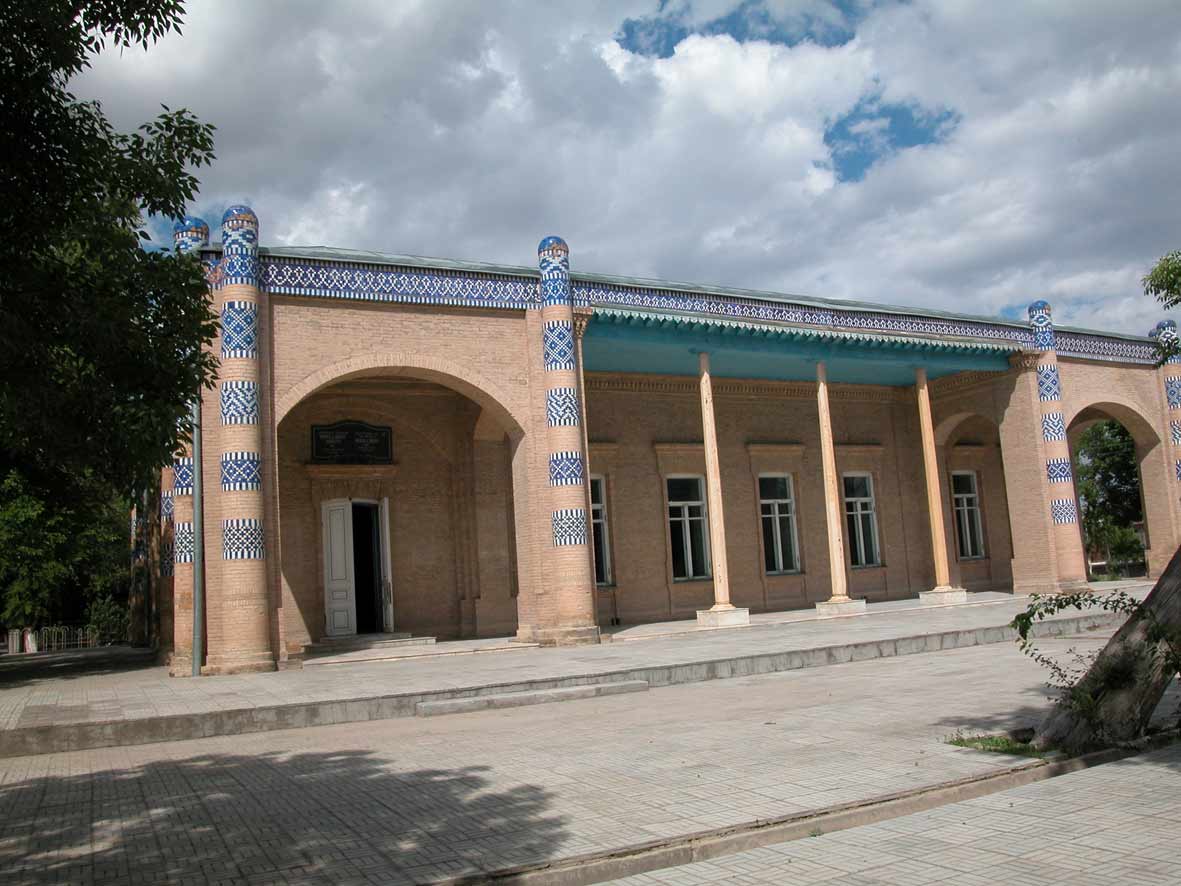 Nurullaboy Palace in Khiva is one of the most luxurious, most attractive, most exquisite and fascinely distinguished from other palaces.

When the number of buildings in Ichan-kala increased, and the possibility of building new gardens decreased, Muhammad Rahimhon I and his grandson Mahmoud Tohra built Muhammad's towers in the western part of the city.  will give.  When Sayid Mohammad Tora Khan (1856), he was assigned to the building of a monument in the vicinity of these homes by Minister Khasanmurad Kushbeg.  Bayoniy and Oghahid writes that this building, built on the side of new buildings in the garden known as "Nurullaboy," is so beautiful that it has historically been written by Oghahi: - "Voroshhasan u valo" (magnificent view)  these words were found in the year 1276 AD 1859 according to the abjad calculation.  At the time, the showroom was open during summer.  His son Mohammed Rakhimkhon II (1864-1910) after Sayid Muhammadxon asked for the sale of the garden of the Khiva merchant Nurullai.  Nurullabai Khan told him that he would sell the Nurullaboy Park, which he had previously held among the people.  Han agrees and buys the garden.  Thus, the name "Nurullaboy" will be preserved.  Muhammad Rahimhon II builds a large palace and harem for his son Isfandiyhan inside the Nurullaboy garden, a place where there is no place for homeless people.

This interior palace was built in 1896-1904 and surrounded by a high wall.  The palace consisted of four parts, consisting of more than a hundred rooms, a dining room, a garage, a dining hall, a room for officials and a haram (fifth yard).  The palace was accessed by a private gate on the south.  In the gate, there are rooms for the khan's office, personal guard, rooms for worship.  The porcelain stoves from Russia were installed in the rooms intended for the Isfandiyar dam.  After the death of Feruz, Isfandiyhan (1910-1918), who set up a new style of Nurullaboy palace for himself, put an end to the construction of the garden.  The newly established reception hall was built to accommodate foreign (Russian) visitors.

Prime Minister Hossei Isfandiyar is against the reception of the reception.  Because telegraph and hospital construction were delayed and the treasury was low.  However, after the decisive decree of the khan, the pupil appointed Rahimbergan mahram as the head of the construction (construction manager).  The doctor of medical sciences, professor A.Abdullayev, who was built in 1911-13, says in his book The Medicine in Khorezm: "Islam Khoja again goes to Moscow and receives the head of the city N. Puchkov.  The head of the Moscow city will be acquainted with the architectural architecture A.M.Ropa ".  Architecture led by A.R. Ropa shared a hotel project to hospitals, telegraphs, and ambassadors to share their experiences in Khiva.  Soon the project will be completed and the construction will begin.

Built in 1911 to 1913, this gigantic bricks were prepared for construction.  The brick was brought from the village of Avaz Dunak next to the city and was cooked in 4 rings after it was made special.  In the bricks cooking and harvesting (Kladka), Bobojon Kumbuz, Matyoz Khan, Hasan Pozul, Kuryoz Bobojon and others worked.  The roof of the palace was stamped with an iron umbrella (three corners) with fine iron lists.  The palace is composed of seven rooms, with doors, windows and parquet floors, and mosques of German mosques (the name of the village, 15 km east of Khiva).  Engraved Masharipov, Nurmat Usta, Khudoybergan Hoji, Kuryoz Babadjanov and others performed carving works on walls and ceilings.

The ganch painted walls were painted with oil paint under the guidance of Vaishyaz Matkarimov.  The paintings of European roses and angels in the ceilings are made by Russian artists.  Muslim Khoja, the father of the Khans, was allowed to make a picture of such angels that were not allowed in the Muslim religion.  He was a well-educated, well-educated man of the times of Islam.  The second room of the hotel is reserved for the reception, the size of 8 x 14 m, the height of 6 m, in the fourth room the lounge of the han, where various contracts are signed.  The room is called an eight-cornered hall, with a height of 10 meters and a height of seven meters.  During the period of Khan, a 1.5-meter-long 3-meter mirror was installed in every corner of the room.

The ceiling of this room is made of wood, with exceptionally delicate geometric shapes and golden water.  Babajan Kalandar, Masharip Kalandar, Vaishyoz Matkarimov and others were skilled in decorating the ceiling, from the lower part of the ceiling to the walls were wrapped in special papers from Russia.  In the midst of the ceiling of the sixth floor, the masters of the carpentry carved the moon and the stars, and the Russian masters constructed an image of the angels on the four sides of this cellar with oil paint.  As a result, both the Muslim and Christian traditions appeared in one room.  The ceiling of the 7th room of the hotel is decorated with beautifully colored roses and precious stones of different colors.  Gentle carving on the walls is very elegant and painted bronze.  In order to heat the Khan's palace during the winter months, seven porcelain stoves were brought from Russia.  These stoves were made of individual tiles, and they were built by Russian masters.  The kettle is heated with saxaul.

Another innovation in the Khiva khanate is the fact that the lamps are big and heavy with the delivery of electric lamps for the hotel, and special wooden furniture on the roof terrace.  These pyramidal devices are mounted on chandeliers.  Xiva has a small engine with sixteen horsepower to burn electric lamps in the ceiling.  For the first time in Khiva Musa Sabanovich Newrozov, who was called from the city of Syzan on the Volga coast, was welcomed.  Treasury cost 70 thousand tenge (126,000 soums) for the construction of the building.  After the revolution in the building, the government house, the governing bodies.

In recent years, it has been used as a Maori house and a museum building, and nowadays the palace has been restored and rebuilt. 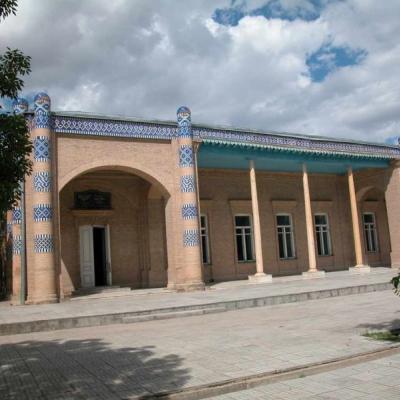 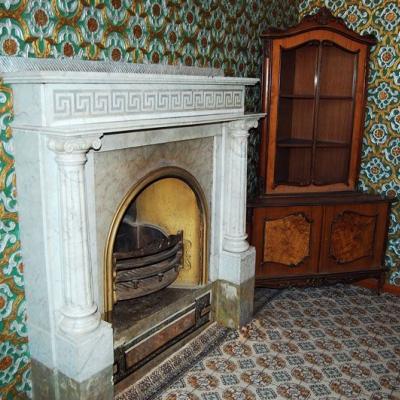 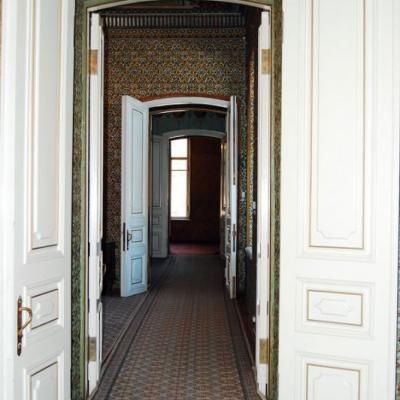 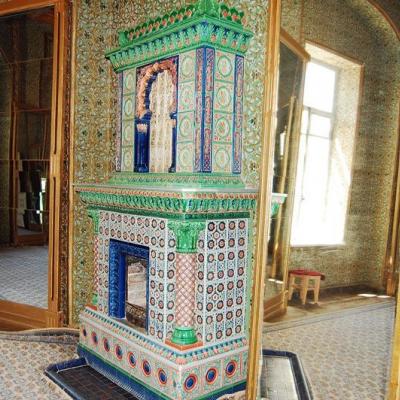 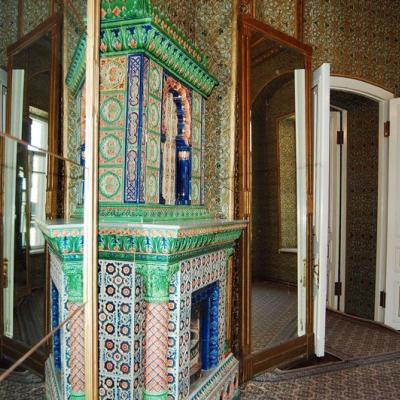 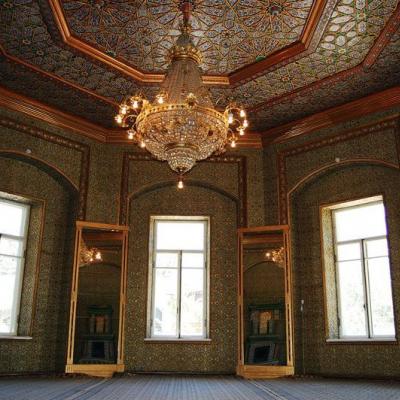 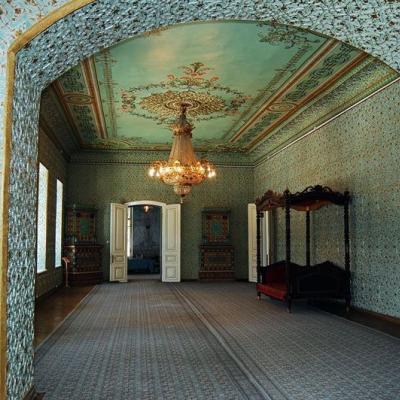 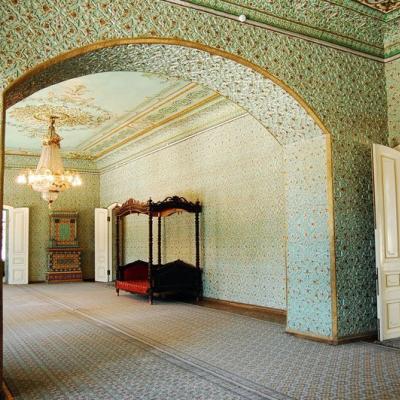 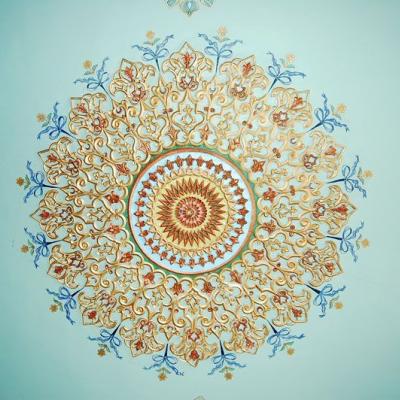 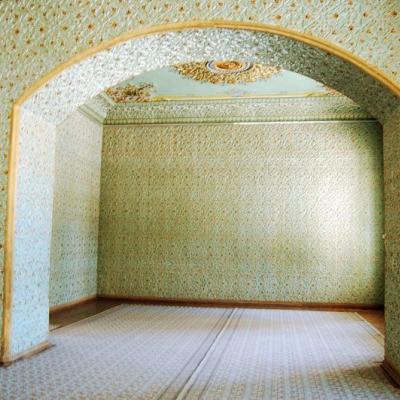 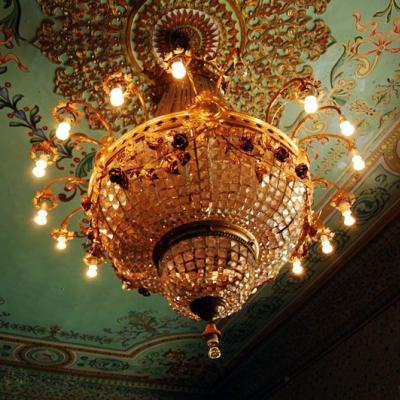 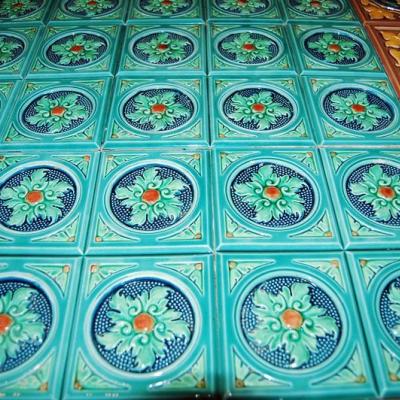 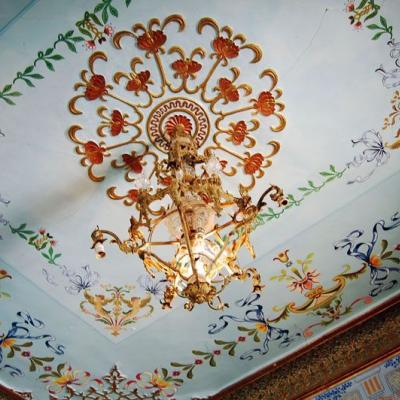 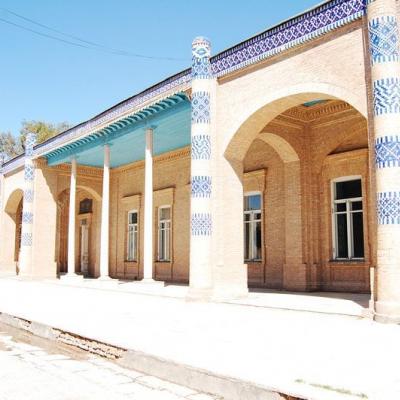