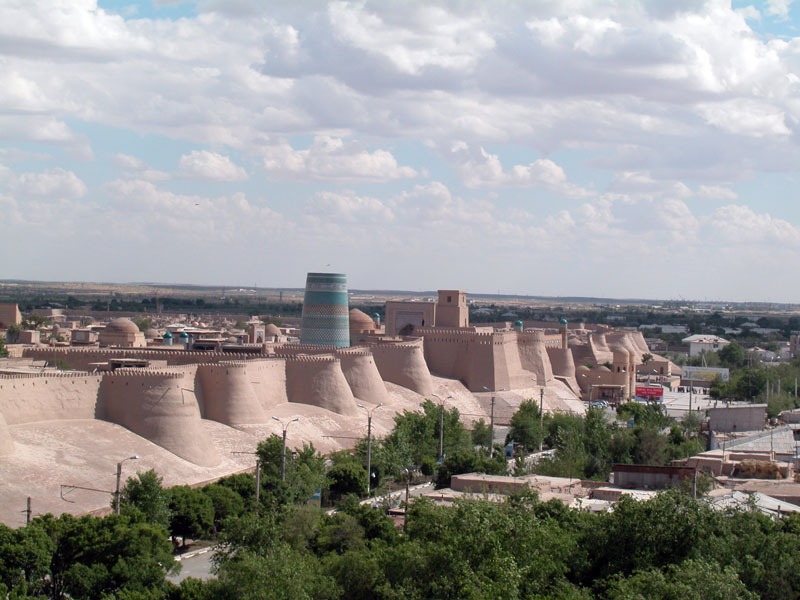 Khiva is one of the oldest cities in the world with unique architectural monuments. At the beginning of the 20th century modern buildings were built in the Khiva Khanate. One of them was built by Isfandiarkhan in a garden known as Nurullaba in 1912. Reception was built in the European or Oriental style to accommodate foreign guests.

The palace consisted of seven rooms, with German craftsmen regulating the doors, windows and parquet floors. Internal numbers are different from each other. Local craftsmen made carvings along the wall and the ganch. The paintings of European roses and angels in the ceilings were painted by Russian artists who were allowed to make images of unauthorized angels in the Muslim religion by the Hamskiy Akbari and Khodja Islam. He was an educated man of the era of Islam.

Another innovation in the Khiva Khanate was the delivery of electricity to the hotel. Since the lamps are big and heavy, special wooden furniture is made on the roof terrace. These pyramidal devices are mounted on chandeliers. Xiva has a small engine with sixteen horsepower for burning electric bulbs in the pipes.

For the first time in Khiva, Musa Sabanovich Novorozov was met, who was summoned from the Syr Darya, Volgograd. The Treasury cost 70 thousand tenge (126 000 soums) for the construction of the building. Due to the completion of the hotel, Muhammadrasul Mirzo has a history 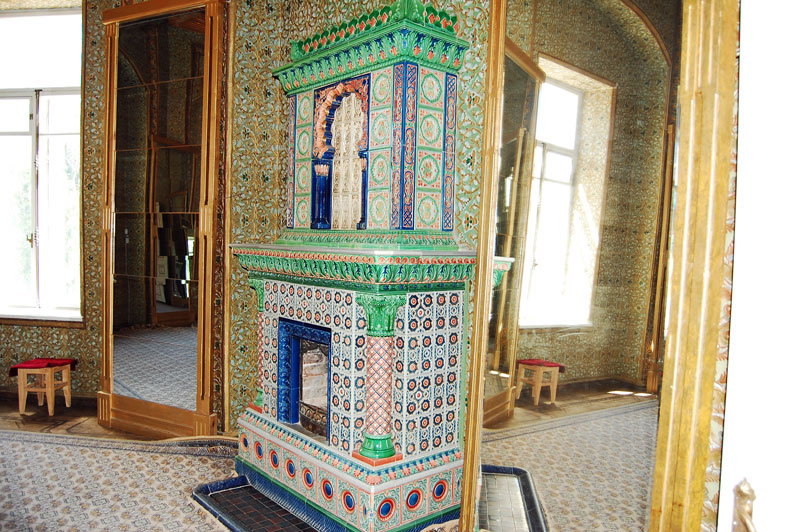 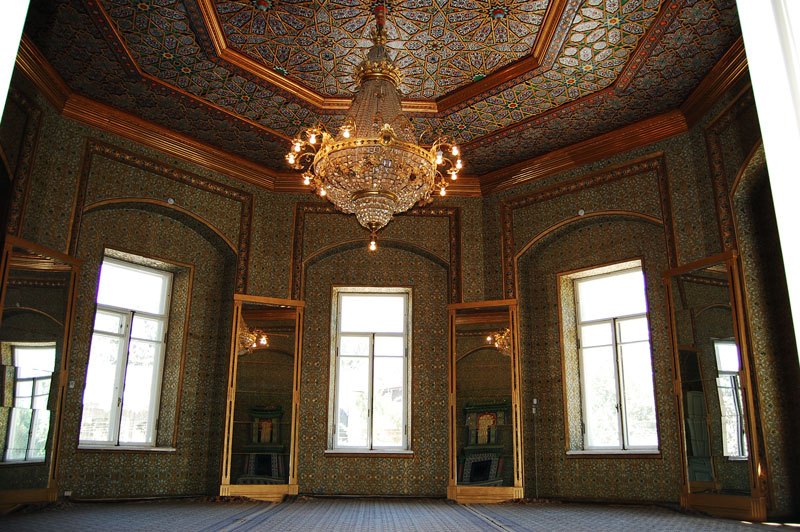