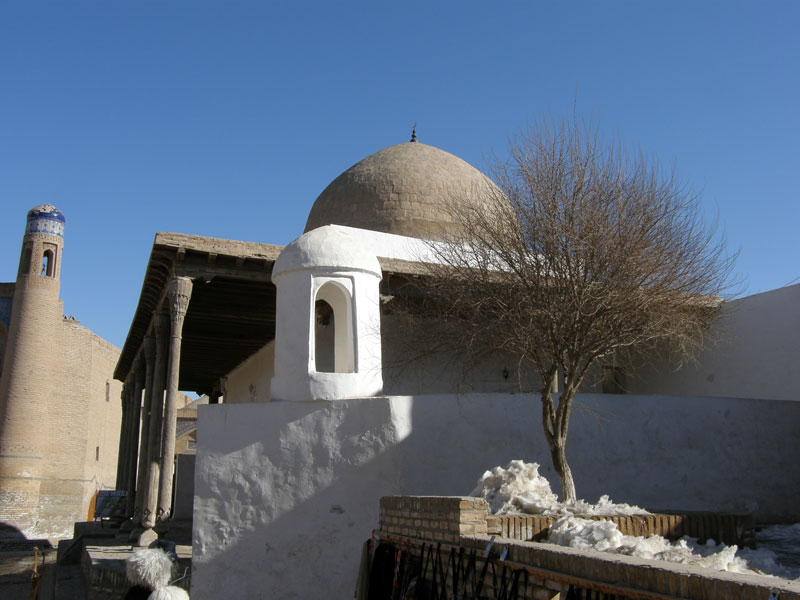 Among the buildings of Khiva are difficult to quickly identify guzar mosques. Because most mosques were built just like the buildings, including the Oq Mosque.

The outer appearance of the mosque, the three shadows of the shade, and the three gates of a domed building indicate that the mosque is a place of meeting. Its old part (basement) was built simultaneously with the Anushakhan hamam. However, records on carved doors indicate that the building was built in 1838-1842. At the same time, all the buildings around the square were built, and now they had to build a small one on the other side of the masters.

The architecture of this building should have been the beauty of the area and should not be far from the neighboring buildings, and the Khiva masters have done this at an excellent level.

The mosque dome has a room with a terrace and a central dome chassis (6.35 x 6.35). The room was expanded by the rocks. The tower structure and side walls clearly define the facade composition of the mosque. The dome, rising high above the flat roof, along with the square base, provides a long stretch-looking appearance.

The convenient location of the mosque allowed the mihrab to be placed on the southern wall. This permits prayer in the room and on the porch. When the masters build and decorate the mosque, they are simply constructed and decorated with simple decorations. Wooden pillars do not have carved ornaments, only the masters of wood carving, Nurmukhammad of Odina Kalandar and Sayidmuhammad uglan Kalandar are three doors demonstrated their talent in the ornament.

The Islamic ornamentation of the gates is made in the same style. On the wall behind the doorway to the north, there are hardly any patterns of similar patterns. 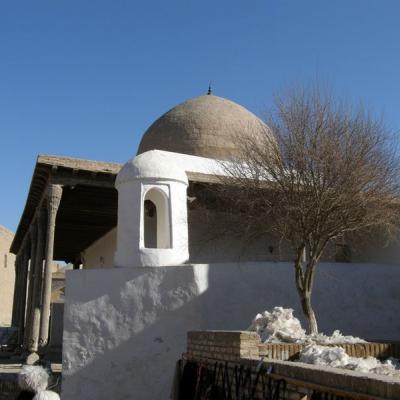 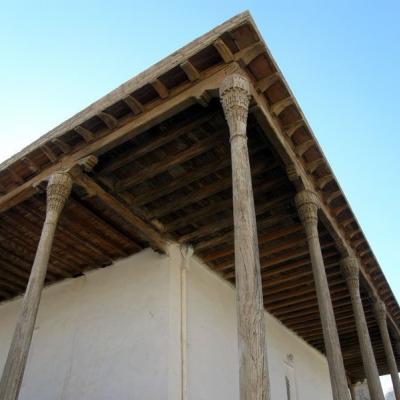 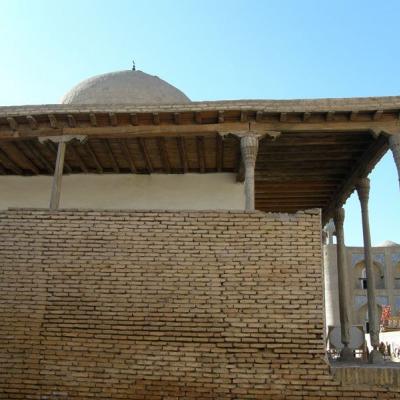 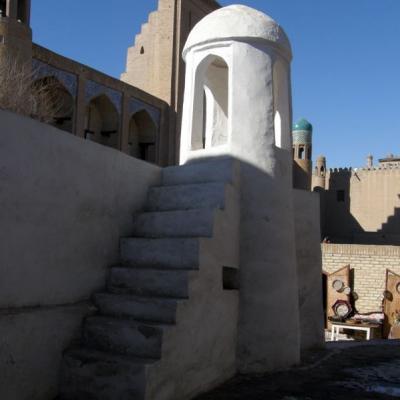 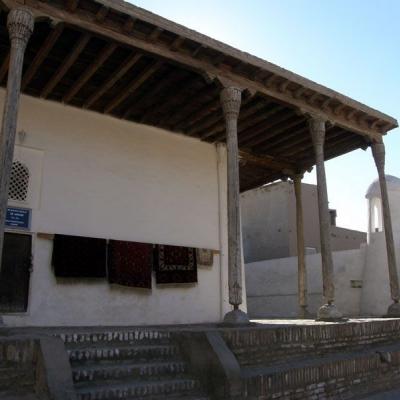