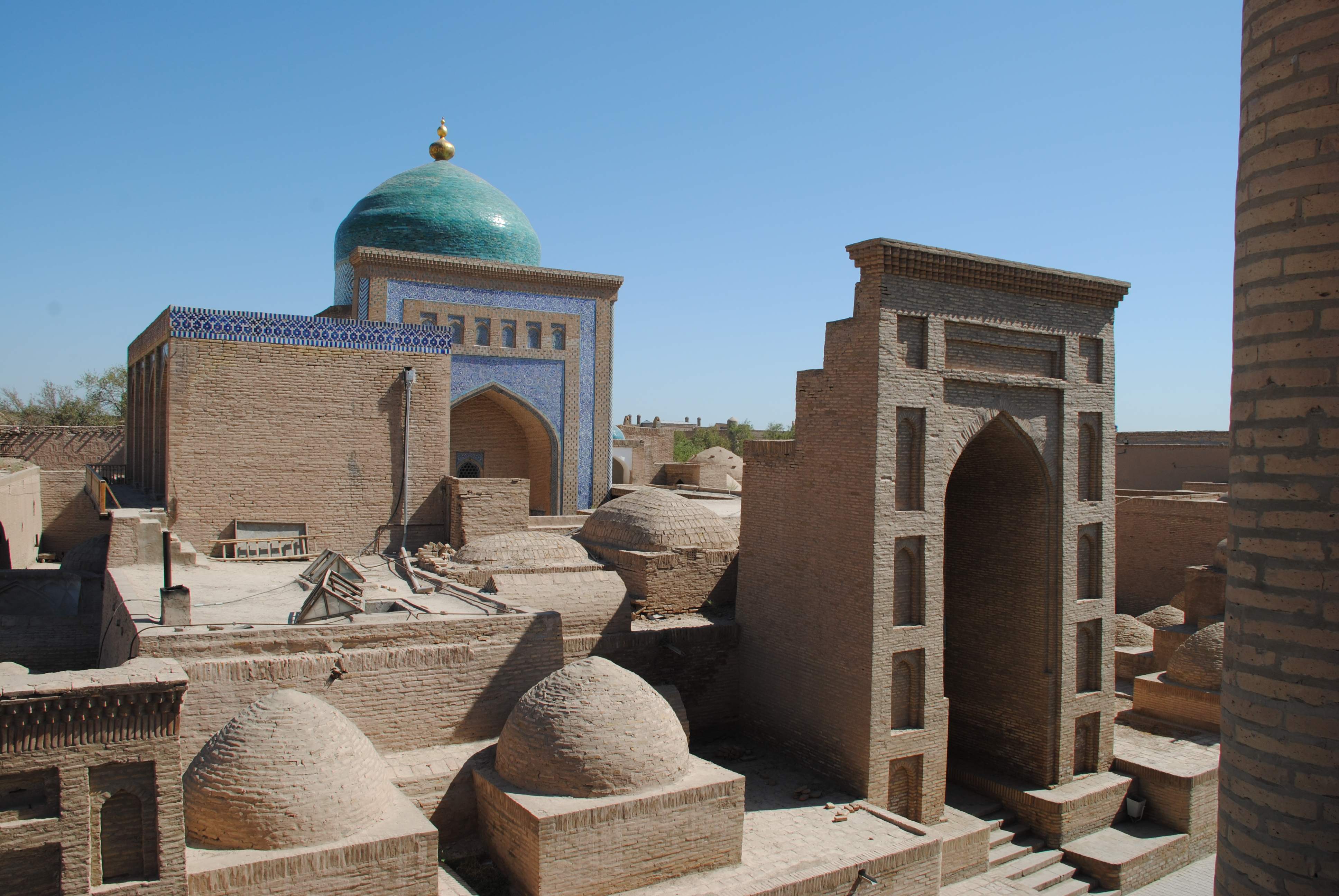 It is the largest dome in Khiva covered with blue glazed tiles with shining gilded . Built in honour of the famous Khiva poet and undefeated professional wrestler, the city's pir (patron saint) and healer Pahlavan Makhmud. Originally the mausoleum was modest, but it rapidly grew into a pilgrim site with a great number of hujras, khanaka and mosques. In 17th century, an entrance portal to the mausoleum was built on the south side. In 1719, Sherghazi Khan, when building a new madrasah south of the cemetery, oriented it strictly towards Pahlavan Mahmud Mausoleum. In 1810, after a successful raid to Kungrad, Muhammad Rahimkhan I decided to alter the ensemble drastically. Late constructions have spread to the east and partly to the south from the ancient mausoleum. The annex to the Mausoleum was planned as a grand family burial vault for kungrads. Marble headstones of Abulgazikhan (1663) and Anushakhan (1681) were moved to the new building and installed next to the burial niche of Muhammad Rahimkhan; there is Elbars II's epitaph (1728 to1740) in the portal pylon. During the rule of Allah Kuli Khan the building was decorated with majolica tiles. The 1810 construction was supervised by craftsman Adina Muhammad Murad from Khozarasp; majolica tiles dating back to 1825, when another side gallery was added, were manufactured by Nur Muhammad, son of Usto Kalandar Khivaki, and Sufi Muhammad, son of Abdal Jabbar. Abdullah Jin was the author of pictures. A craftsman Nadir Muhammad made a wooden door in 1893-1894. At the end of 19th century, the cemetery was separated after the construction of four karikhanas and Yaqubbay Khodja madrasah. In 1913, a two-storey building was erected in the yard in front of the mausoleum. Burial vaults of Isfandiyarkhan's mother and son as well as his own burial site are located in the rooms of that building. According to the common version, Isfandiyar who died outside Ichan-Kala, at Nurullabay'a Palace, was not buried in his burial place; his son Temur Gazi after he was poisoned was buried not here but in Sayyid Makhiruy Jakhan Mausoleum next to his grand-father. Construction of the magnificent architectural complex was completed after an ayvan on carved columns was erected in the south-eastern part of the yard. 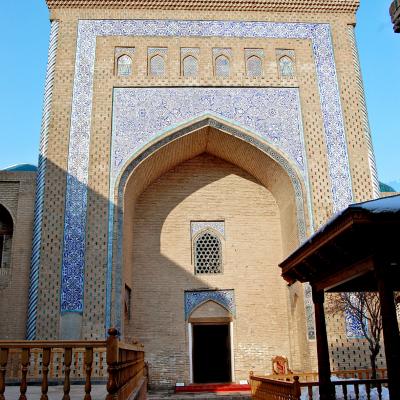 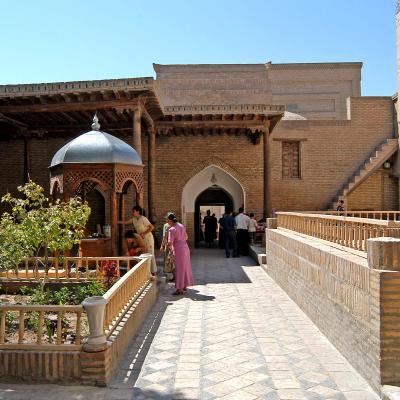