Palov is the Uzbek national food 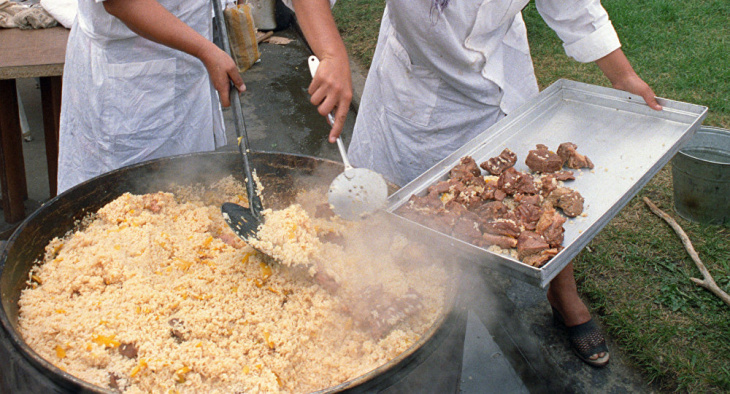 Plov is the most delicious food from Uzbek cuisine, hospitality and tolerance of our people. At the 11th session of the UNESCO Committee "Culture and traditions of pilots" were included in the Representative List as an intangible cultural heritage of mankind. This is another recognition of the rich culture of our people at the international level

There are so many people in the world that they have their own national cuisine, which is the basis of the national traditions of this nation. In all countries where Uzbeks go, pilaf is cooked. Foreign tourists who come to our country mainly talk about rice in their country. Different peoples of the world like to eat pilaf.

It is reported that Ibn Sina, sick, told the father of seven different types of food that his father would be cured of his son's illness. These dishes are pure rice, butter, meat, onions, carrots, rice, water and salt. But later, sometimes more seasonal and seasoned products such as quince, apricot, turnip, garlic, egg, peas, pumpkin, raisins and other ingredients.

The exhibition "Palov - Uzbek national cuisine", recently held in the Ichan-Kala Museum-Reserve, is devoted to the study of the rich history and culture of the Uzbek people and a broader tradition among the younger generation played an important role in promoting national heritage in our country, respecting the historical heritage and traditions of the people.