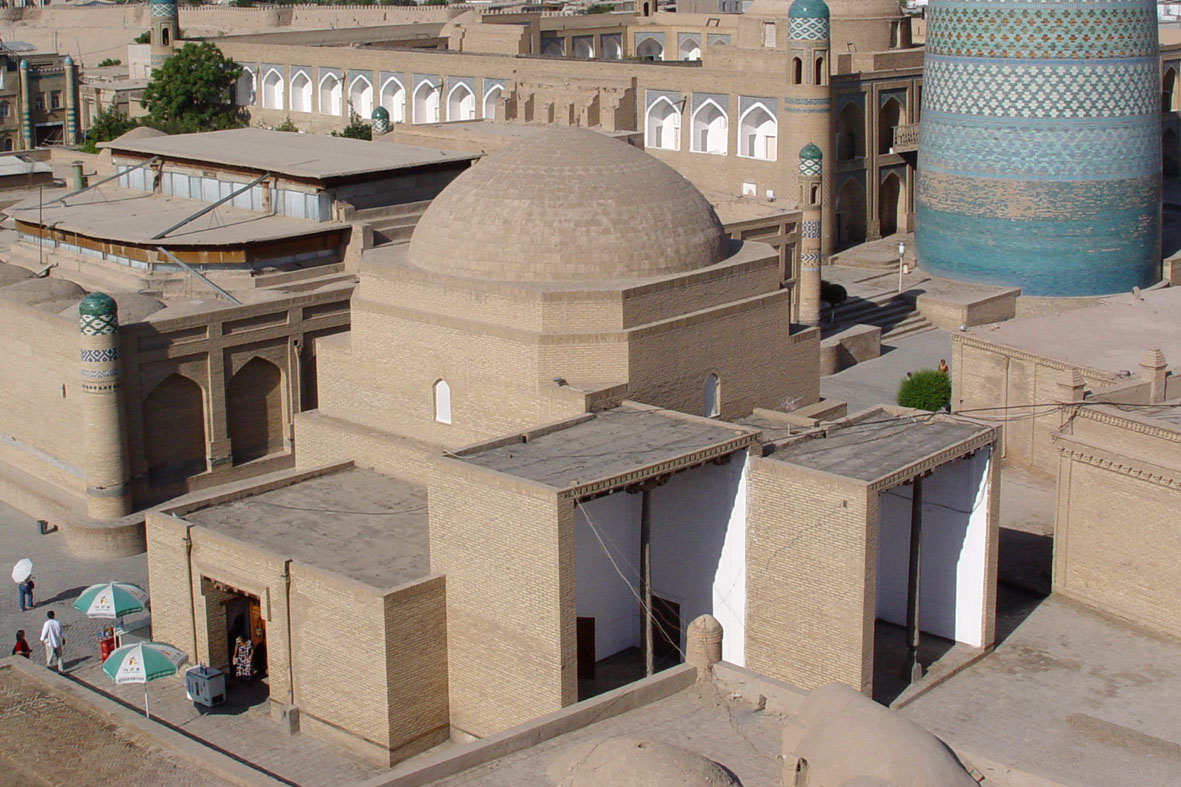 The mosque is situated near the northern-west part of the Pahlavan Mahmud mausoleum. The mosque Shaykh Qabir was completed in the period of Mukhammad Rahimkhan II with the order of Khan. The mosque composition comprises a big yard, the most nice elements of the mosque are carved wood door and ornaments  under each of the dome as well as epigraphic script which is written down under the chancel of the yard, also the dikes which installed in the yard.