Tosh hovil Palace - The museum of the Handicraft of Khorezm 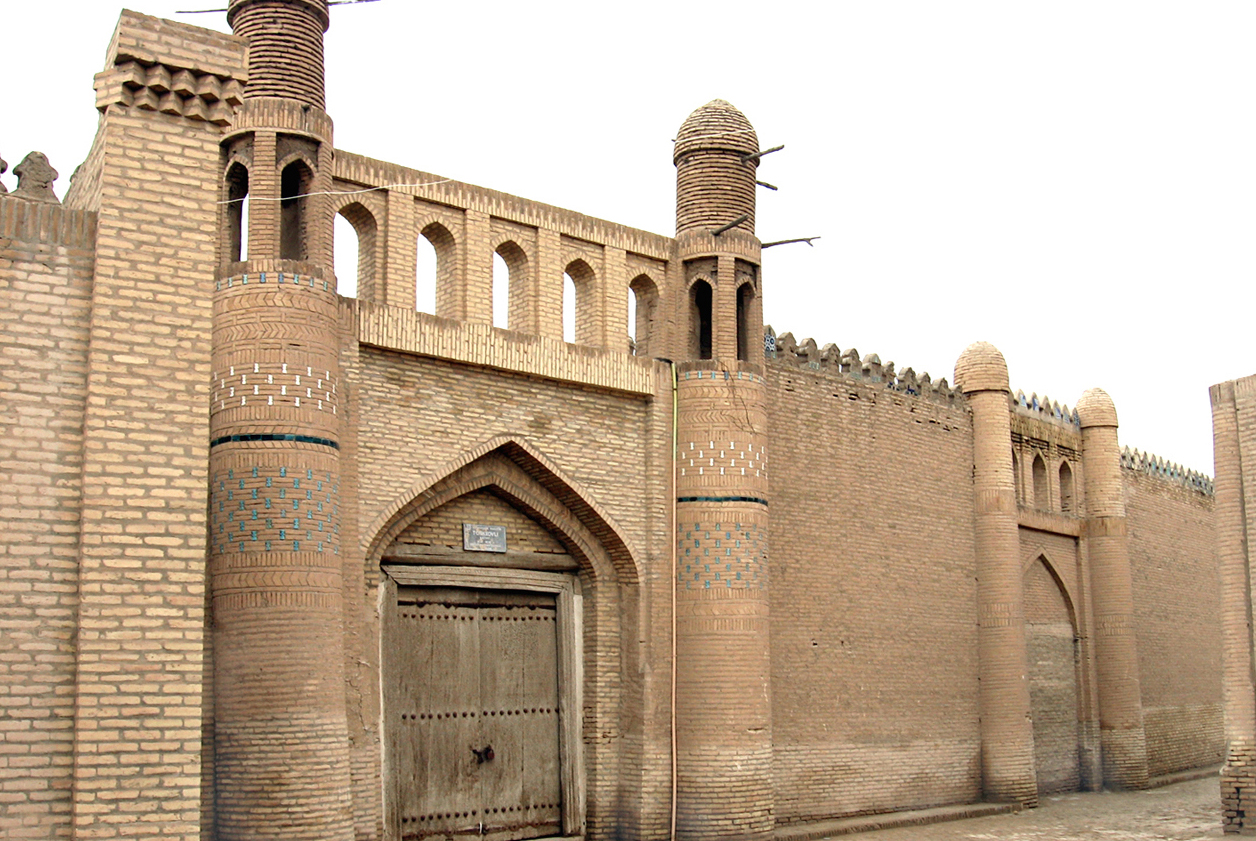 It was erected in 1832-1833 on Allah Kuli Khan's order opposite the Tash Khauli Palace outside Ichan-Kala walls which were destroyed in this place. The construction was necessary to promote the international trade. This is the only preserved caravanserai of Khorezm. The building is rectangular and elongated from the south to the north. There is a spacious yard at the two-storied building. The caravanserai was built based on a madrasah design and consisted of 105 rooms. Residential rooms were on the first floor while store-rooms and trade counters were located on the ground floor. In this way Khiva caravanserai replicated the oldest type of this kind of buildings. Dimensions: 69 x 58 m; 46.3 x 42.4 m.

After Allah Kuli Khan built the caravanserai in 1832-1833, which served as hotel, warehouse and trading passage, it became obvious that a roofed bazaar, or Tim should be added to it. The Tim constructed in 1836-1838 successfully combined the functions of the city gate, bazaar and Caravanserai "vestibule". Now the Caravanserai and Tim are viewed as a united structure. Actual trading in the Tim took place in the lateral stalls where the merchants stayed with their goods. One could buy here not only local goods but also Russian and English cotton fabrics for robes, silk shawls, high boots from Bukhara, kitchenware from China, etc. A Raiys was in charge of scales accuracy and general order. He was empowered to settle disputes on site using taxes or whipping. The customs at the gate collected duties for goods exported or imported. Dimensions: 74 x 26.5 m., domes diameters are 9.5 to 6 m. 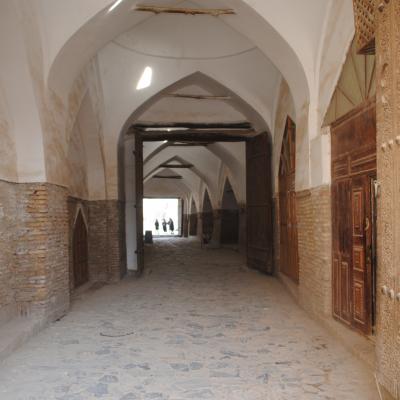 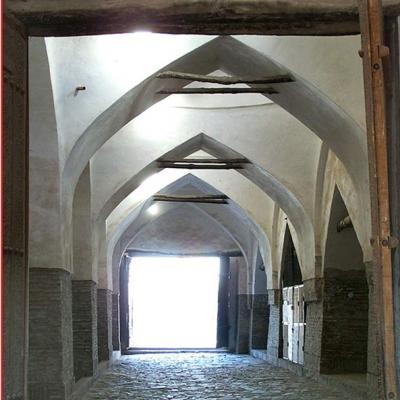