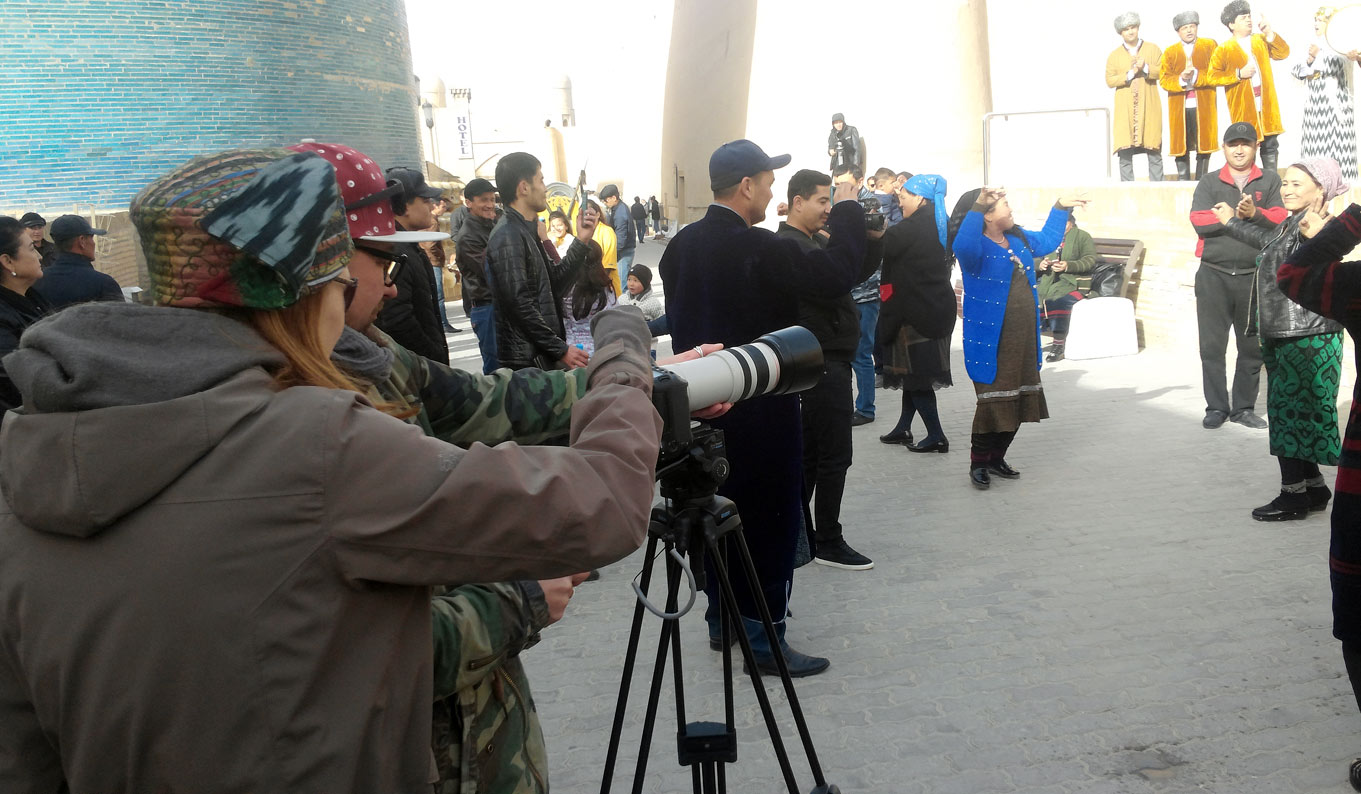 As we reported, the premiere of the documentary film “Uzbekistan: Discovered revelations” was held on the Russian TV channel "Cultura".

Today the film crew is in the city of Khiva. Employees of the museum - Ichan-Kala Preserve - K. Hudaiberganov and D. Babadzhanov will help them in the filming.

The hour-long film tells the story how the dynamic modernity goes hand in hand with deep age-old wisdom and traditions in Uzbekistan. The keynote of the documentary film was a unique epigraphic inscription on the ancient monuments of the country, which has a rich cultural and historical heritage, as well as a narrative about the long and painstaking work of scientists of Uzbekistan to decipher these wise messages from the depths of centuries.

"Inscriptions on historical architectural monuments of Uzbekistan are left by our great ancestors and tell us about goodness, peace, education and tolerance," says Firdavs Abdukhalikov, head of the media project "The Cultural Heritage of Uzbekistan".

The shooting of the documentary film “Uzbekistan: Discovered revelations” took place in Khiva, Samarkand, Bukhara and other cities.

The main concept of the film was the idea of civilized and enlightened Islam - the religion of peace, good, tolerance and enlightenment.